You are at:Home»Media Articles»Do or die – deciding the pangolin’s fate at CoP17

September 28th 2016 will be remembered by many delegates attending CITES CoP17 as a bitter-sweet day for pangolins – an ancient species that has earned the unfortunate label of ‘the most trafficked mammal we have never heard of.’ 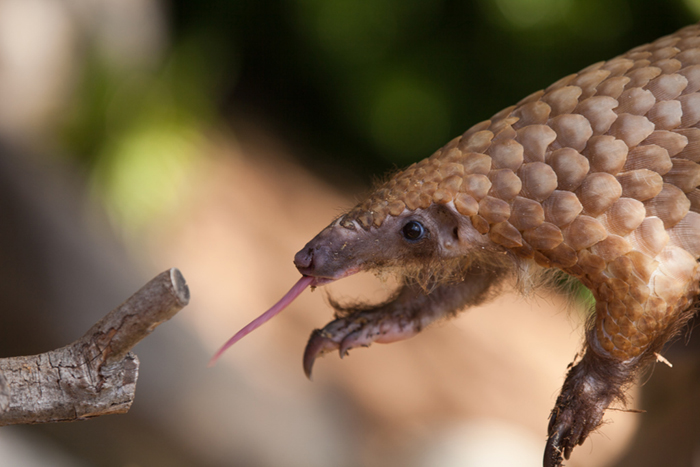 After months of vociferous lobbying, conservationists succeeded in eliciting the unanimous support of 19 range countries to uplist the species’ status from Appendix II – which allows for restricted trade – to Appendix I –  a total ban on all trade, except for scientific research. But the lifeline that been thrown to this troglodyte creature also constitutes an acknowledgement that other measures to save it have failed.

To date the pangolin has remained under the radar of mainstream conservation campaigns, unlike the high profile marketing drives undertaken on behalf of elephant, rhino, tiger, leopard and lion. Not only is it extremely elusive – it is a nocturnal loner; funding shortages have also hampered research into its habitat and genealogy. Dan Challender, who co-chairs the Pangolin Specialist Group of the International Union for Conservation of Nature (IUCN) describes it as ‘the forgotten species’.

But this moniker has now changed, thanks to COP17. Although CITES was only expected to make its decision on the fate of the pangolin on 5th October – the final day of the conference – the unanimous vote meant that the uplisting of all 8 species was implemented immediately. Of the 8 species, four are from Asia and four are from Africa. 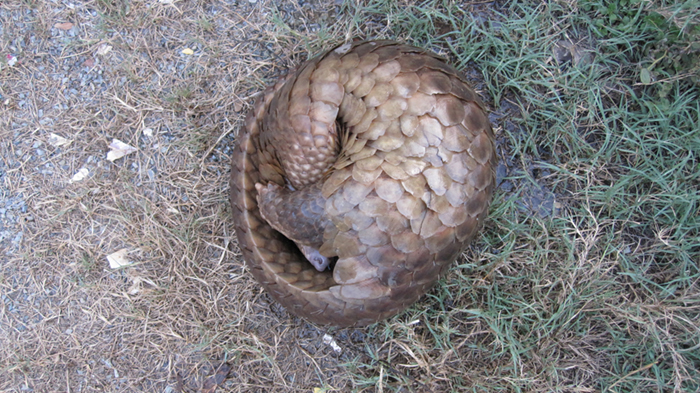 “We must embrace our endangered species as a country, continent and as the world, to speak in one, united voice,” says Ray Jansen, Chairperson of the African Pangolin Working Group (APWG) – a non-profit organisation established in 2011 to research, raise awareness and lobby for greater protection of the species. “We must show that pangolins are untouchable, that trade is a no-no. This requires removing demand and increasing stiff penalties for all wildlife crimes, in general, and pangolin trafficking, in particular.’

Although statistics on numbers of both African and Asian pangolins are unclear, conservationists and scientists point out that, based on seizures of pangolin scales and meat transported from Africa to Asia, over 1 million pangolins are estimated to have been poached in the last decade. The rate at which they are being slaughtered for scales and meat is therefore completely unsustainable.

Although the local market for pangolin still revolves principally around traditional healing, followed by a much smaller trade in bush meat, South African pangolins are being caught and trafficked by middlemen who regard this elusive animal, as a lucrative commodity. According to the Limpopo-based anti-poaching unit, Protrack, since the beginning of 2016 there were seven arrests in Limpopo, the province, alongside the Northern Cape, where the Cape Ground Temminck Pangolin – a species indigenous to Southern and South Africa – is most commonly found. Some of the arrests involved foreign nationals allegedly colluding with South Africans who were allegedly aware of the pangolin’s value as a lucrative commodity in the transnational trade.

“Although we have no idea how many pangolin are left in South Africa, if one does a risk assessment, it is necessary to err on the side of caution. This is because huge amounts of scales are leaving South Africa and the continent, which make the survival of the species unsustainable,” Says Rynette Coetzee, who is the Biodiversity Officer at the Gauteng Department of Agriculture and Rural Development .

For example in July this year, Hong Kong Customs seized over 4000 kilograms of pangolin scales hidden in a container labeled “sliced plastics” from Cameroon. This represent up to six thousand pangolins – the largest seizure of pangolin scales in five years.

Indeed Pangolin body parts have been used for centuries in both traditional Asian and African medicine. But it is evident that in Asia, especially China and Vietnam, pangolin scales are now being exploited for everything from fashion items to status symbols and the species is being eaten to extinction. The massive and growing scale of consumption has resulted in the dwindling of the Asian pangolin species. Inevitably, Africa has become the next port of call. 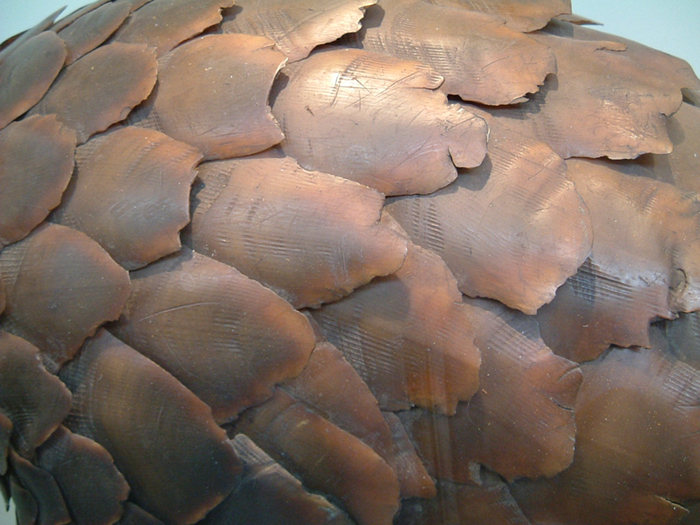 Conservationists have express enormous relief that all eight pangolin species have been uplisted. But to what extent this will be effective is debatable.

“The upgrading of the pangolin – as with all our endangered wildlife – can be effective, or it will be completely toothless,” warns the APWG’s Rob Bruyns. “As is the case with South Africa’s progressive conservation legislation, laws can be passed, but unless they are effectively implemented and enforced on the ground, they will have no effect on the illegal trade.”