After pangolins, elephants are the most poached animals in Africa. But to get to grips with the implications, we need to know how many there are now, were once and will be in the future.

Many people make the assumption that there are too many elephants in Africa’s parks and this is leading to ecosystem damage. The truth is that we can’t know for sure unless we count them and check their impact. And it’s also important to understand the effect of ivory poaching over time.

The first reliable estimate of Africa’s elephants was conducted from 1976 to 1979 by the Kenyan elephant conservationist Ian Douglas-Hamilton, who estimated the total to be 1.3 million. By the early 1990s he found this number to have more than halved to 600,000.

Results of the Great Elephant Census, which was coordinated over 20 elephant-range countries by Elephants Without Borders in conjunction with the Paul Allen Foundation, will be out later this year and will give us the best idea of total numbers.

Preliminary results show slight increases in South Africa and Zambia (though an 85% decline in Zambia’s southern Sioma Ngwezi National Park), a relatively stable situation in Botswana and Zimbabwe (though a 72% decline in the Zambezi Valley).

In the last five years Mozambique has lost 48% of its elephants, with the Niassa region in the north crashing by 63% in just three years. In terms of overall population decline, the most severe poaching has been of forest elephants, which declined by 63% between 2002 and 2012. 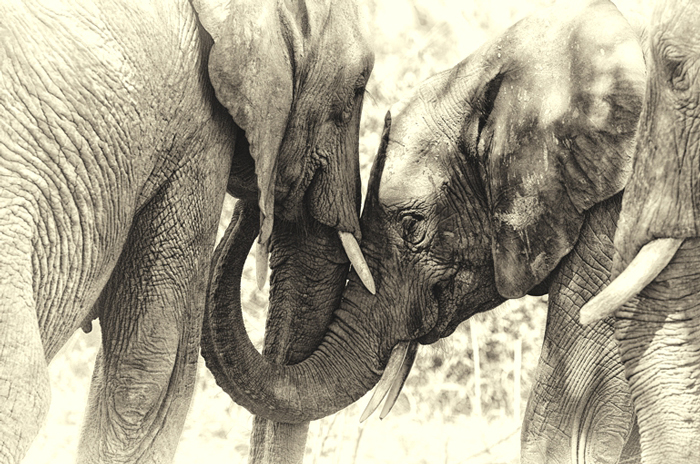 As elephant numbers along the eastern regions become scarcer, poaching has moved south, with Kruger having lost 42 elephants in the past year.

Timothy Kuiper, WESSA’s project officer on elephant monitoring, expanded how, according to most recent estimates by the CITES Monitoring of the Illegal Killing of Elephants (MIKE), in the three years between 2010 and 2012, over 100,000 elephants were poached in Africa – 41,000 of which were in Southern Africa.

“This averages to around 13,600 killed a year (37 a day) in Southern Africa alone, which is similar to the birth rate,” said Kuiper. “Considering this, alongside natural mortalities, it means that poaching is very close to being unsustainable in Southern Africa. If it grows, it will start causing larger declines in elephant numbers in the region.”

According to the Head of the Elephant Specialist Advisory Group, Marion Garaï, elephant poaching across the entire continent overtook the birthrate between 2010 and 2012. During that period, an elephant was killed by poachers every 16 minutes on average. A report by Interpol estimates that, in the past decade, two thirds of African elephants have been decimated by poaching.

Garaï added shocking figures for Central Africa: “In the past 10 years the population there has declined by 62%, with Gabon’s Minkebe National Park population of forest elephants dropping from 22,000 to 7,000. Garamba National Park in the DRC has had a 50% decline in five years.”

According to elephant scientist Professor Rudi van Aarde, who holds the chair of Conservation Ecology at Pretoria University: “For the 70 populations for which we have good time series data, we know that 18 have been stable and only five increased exponentially. The remainder are declining.” 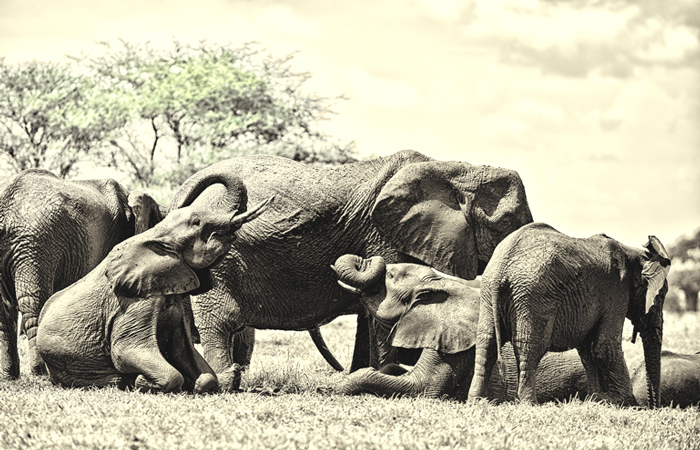 With this information to hand, one of the question that we are now facing is whether elephants are able to overwhelm their ecosystems and, if so, should they be culled? According to Van Aarde, ecosystems don’t collapse, they change in response to disturbances. Sam Ferreira, SANParks large mammal ecologist, explained that environmental disturbance took many forms – fire, floods, droughts – of which elephants form a small part. “Disturbance by elephants… contributes to environmental heterogeneity and hence environmental resilience.”

SANParks suspended culling in 1994 because research pioneered by Van Aarde and others discovered there was a better way. They found that elephant numbers were related to access to water, so provision of boreholes throughout Kruger was leading to an expanding population.

The solution was simple. Kruger began closing boreholes, leaving elephants to deal with their environment with less human intervention. Longer trips to water, together with times of drought, increased calf mortality and reduced herd expansion. It was also found that as herd densities increased, elephant population growth decreased. In other words, natural pressures reduced elephant birthrates. Kruger’s elephant population has stabilised at around 17,000.
Ferreira told me that culling had been instituted initially to avoid ecological impact, but research had found that vegetation change was not affected by elephant densities. Longer trips to water also spread the browsing load on trees, improving biome resilience.

These solutions do not hold for small, private reserves – some of which are essentially large zoos. Without a plan, elephant numbers will increase. Poor micro-management, however, is not a reason to cull elephants across the subcontinent.

Until the Great Elephant Census has published its complete tally, we won’t know for sure how many elephants are left on the continent. But preliminary results show they are in deep trouble as a species and other considerations with regards to culling should perhaps be taken.