You are at:Home»Media Articles»How intelligent law enforcement in Tanzania is saving elephants

The scale of the elephant poaching problem is immense. The global crisis is now well documented, with an estimated 30,000 to 35,000 African elephants being illegally killed annually for their ivory. Tanzania has lost by far the most, with its elephant population having declined by about 66,000 in six years up until November 2014 (Tanzania Wildlife Research Institute, 2015). The national population was estimated at 109,000 in 2009 and was down to 43,000 by the end of 2014. On average, this equates to one elephant being killed every 45 minutes in Tanzania alone.

In a presentation to the Parliamentary Committee on Land, Natural Resources and Environment on 23rd April 2013, the Tanzania Elephant Protection Society (TEPS) Task Team cautioned that: “At this rate, the last of our national elephant herd could be shot out in seven years’ time.”

Shortly prior to that, at the Elephant Stakeholders Meeting held in Dar es Salaam on 28-29 January 2013 it was reported that ivory is big business for major criminal syndicates that are also involved in trafficking drugs and violent crime. It was further reported at the same meeting that the courts were not at all effective in deterring poaching. TEPS (2013) reported that: “Very few captured poachers or traders have been convicted. Many are granted bail and return to poaching or trading. Sentencing is weak and fines are very low, usually less than the price of one tusk. There is, therefore, little deterrence against these criminal activities.”

There have been various responses to address the problem:

– Some major donor-funded projects were started;

– Conservation NGOs have grown and started projects in protected areas to improve monitoring and better equip and train rangers;

– There have been awareness campaigns locally and abroad;

– Consultants have been hired by international aid agencies and NGOs, and overnight expertise has grown. One consultant wrote a strategic plan for Tanzania with an asking budget of US$52 million.

Unfortunately, conventional approaches have had very limited success in most instances. Notably, some of the most spectacular collapses of wildlife populations due to poaching have been in protected areas with the biggest donor-funded projects. In Tanzania, as at the last national elephant population estimate in November 2014, the 43,000 at that time had dropped from an estimated 69,000 in just two years. The situation, therefore, had worsened after getting more support and international attention. Clearly, conventional approaches and aid funding alone have not been effective in addressing problems timeously. This begs the questions: Why the Failure? What is needed?

The answers lie within the strategy employed to address the problem in source countries.

People speak of it being an ivory war, yet the strategy to address it in most countries is typically only defensive.

War is fought and won through a combination of defence and attack that is carefully planned and based on accurate information. It involves various armed force corps’ and specialist units, operating together in an integrated campaign. Victory is seldom, if ever, won on home soil and through defensive corps’ and units only.

PAMS Foundation believes that the solution for saving wildlife is to implement a complete programme that targets all levels of the opposing forces, with each component implemented by specific groups with the appropriate expertise and mandate. In practice this translates to a campaign run by three main entities.

At the protected area level, where the poaching is taking place, it is the honourable task of the rangers and their conservation support staff to form the last line of defence. Through patrolling, aerial support and related activities, these brave men and women represent what is equivalent to the Home Guard in a war context. This is where the last stand is made to prevent the loss of wildlife.

Contrary to popular notions, if we are to be able to win this war the frontline in the wildlife protection context needs to be not in the bush where the foot soldiers (rangers) are engaged. It rather needs to be taken to where the senior officers and generals of the adversary are located. That is primarily in the major towns and cities. This is done through intelligence-led operations targeting buyers and high level traders in urban areas followed by thorough and professional case preparation and prosecution. Rangers are not suited to do this task but it should rather be up to other strike forces and specialist units in law enforcement including the police, prosecutors, intelligence and security officers, who are specifically mandated, trained and equipped to do so.

Finally, in order to have an effective defence and attack, proper intelligence is needed. Much of the raw information and support for this comes through achieving community support. The best way to obtaining this is through community-based projects in areas neighbouring protected areas, which for example assist farmers and pastoralists with human-wildlife conflict mitigation, provide applicable education and create or assist with income generating activities at a local level. This task is often best fulfilled by conservation agencies and NGOs, but is far more effective when those implementing the projects are well trained and properly aware of the role they play.

PAMS Foundations’ strategy is thus built on the premise that a well informed and fully integrated multi-agency approach is the only sensible way to wage a war and expect to be able to win it.

The tide can definitely be turned, and it is in fact already turning!

Since November 2014, coinciding with when an aerial survey was conducted that estimated Tanzania’s elephant population to be at an all time low of 43,000, this integrated strategy was upscaled to a national level thanks to a far-sighted donor recognising its potential after proving itself at a pilot project level.

After just 12 months the Ruaha-Rungwa ecosystem registered no further declines after a drop of well over 5,000 elephants was recorded the year before. Notably, there were no other significant differences in protection measures applied during that time, and unprecedented results were achieved in terms of dismantling syndicates through the multi-agency intelligence-led operations implemented in that ecosystem since that time.

The results of future government elephant population censuses will do more to verify it officially, but from the work we supported across the country, PAMS Foundation believes that the decline nationally was reduced by two-thirds or more in 2015, compared with the annual average of the preceding six years. There is no way that it was anywhere close to the previous levels experienced.

In terms of what was done to achieve the major reduction in elephant poaching, as the NGO that has supported far more anti-poaching and anti-trafficking operations and prosecutions than any other across Tanzania in recent years, PAMS Foundation suggests that the following results achieved speak for themselves. To single out results produced from the multi agency National & Transnational Serious Crimes Investigation Unit (NTSCIU) alone, one can see some internationally unparalleled achievements: 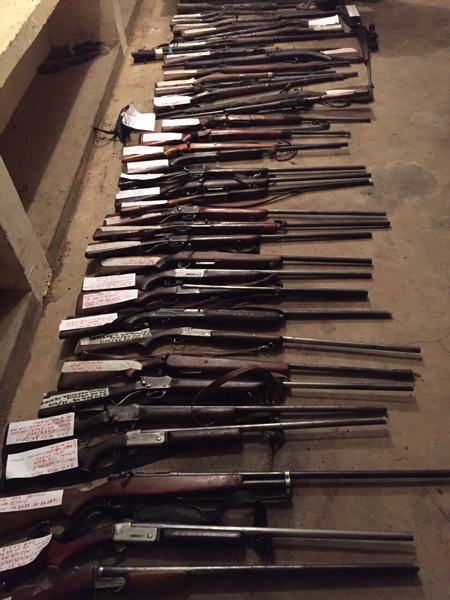 Weapons seized from an operation in western Tanzania NTSCIU 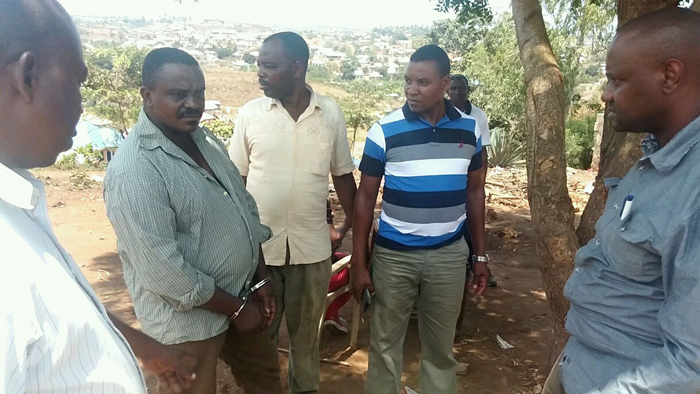 Note: the above was achieved with a project budget of less than US$3 million to date.

There is still a long way to go before the ivory war is finally won in Tanzania. However, under Tanzania’s current president and the leadership of the Ministry of Natural Resources and Tourism, as well as Ministry of Home Affairs and others, it seems likely that the groundbreaking complementary programmes in place to save the nations’ elephants should continue to be an exceptionally good example of what can be achieved when an intelligent anti-poaching strategy is implemented.