You are at:Home»Media Articles»Poachers kill 26 elephants in Chobe National Park

At least 26 elephants, their faces hacked off and their tusks removed, lay in congealing blood on Botswana’s Chobe National Park floodplain. Poachers had killed them within sight of tourist camps late in July of 2016. 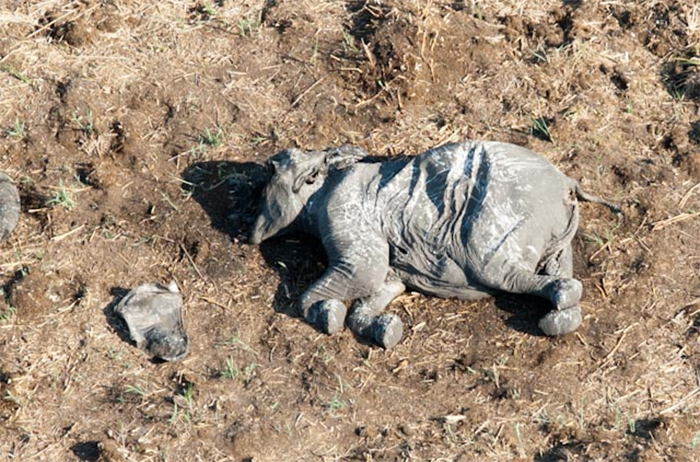 The park is home to the greatest elephant herd in the world and the jewel in the crown of the sprawling, five-country Kavanga-Zambezi Transfrontier Conservation Area (KAZA). Of huge concern is that the slaughter occurred in a park protected by the Botswana Defense Force, one of the most efficient anti-poaching operations on the continent.

As the chopper descended to one of the kills, scattering vultures, conservationist Mike Chase of Elephants Without Borders (EWB) was shaking his head in disbelief. 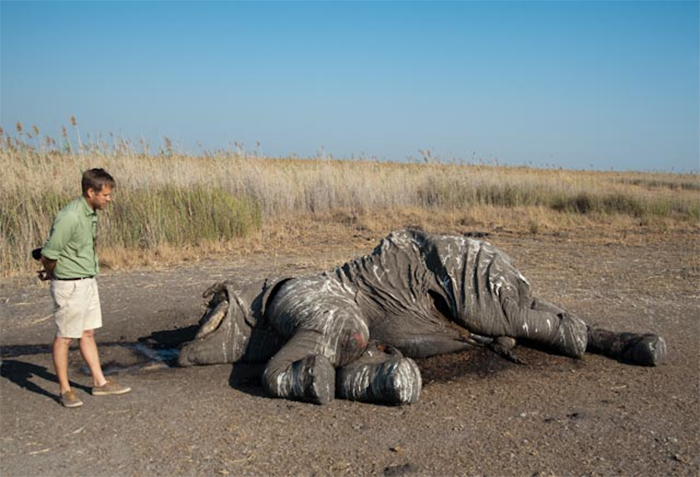 “This is shocking,” he said as we ducked beneath the throbbing chopper blades. “We’ve never had poaching here on this scale. In the two years of the Great Elephant Census which we’ve just completed, this is the worst single incident of poaching I’ve seen. And right in our own back yard!”

On the Botswana side there’s no human habitation, but on the Namibian bank is a village. So the poachers are probably coming from over the river, where there are also hunting concessions.

“Of course it could be Zambians,” said Chase as he circled the carcass. “Hard to tell. Mamili National Park further upriver on the Namibian side has been heavily poached. Poachers are going after elephants wherever they can find them.” 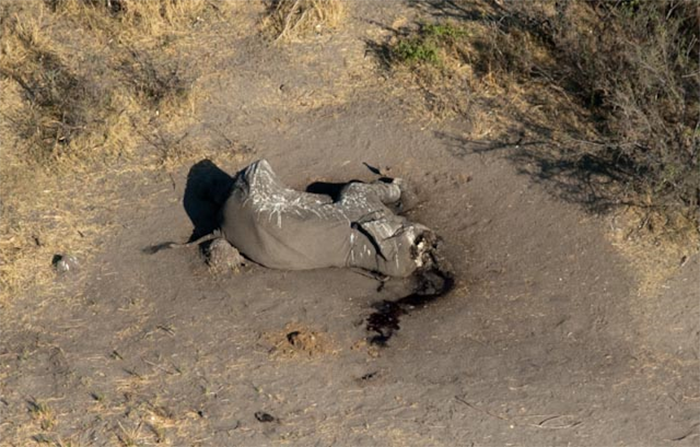 Over the past decade, elephants have been retreating to Botswana as poaching in the other KAZA countries – Angola, Namibia, Zambia and Zimbabwe – has escalated. Satellite tracking by EWB between 2005 and 2010 shows extensive elephant movement in Angola, Zambia and Namibia. But between 2011 and 2014, except for limited movement in Namibia’s Mdumu National Park, they remained firmly in Botswana.

The tracking shows that poaching and hunting is blocking their seasonal migration routes. Across the river from Kasane, the headquarters of KAZA, residents frequently hear gunshots in the Namibian conservancies where hunting is allowed. Lodge owners have complained of the stench of rotting carcasses wafting over their exclusive riverside establishments.

In July, residents at a Namibian tourist lodge on the banks of the Kavango River watched as men armed with AK-47 automatic assault rifles attacked a group of about 40 elephants grazing across the river in Angola.

According to one of the tourists, “The men suddenly appeared out of the bushes on the Angolan side of the river. They started firing at the animals with the assault rifles set to full automatic. What ensued could only be described as tragic carnage. At least three elephants were mortally wounded and the noise they made was horrifying.” 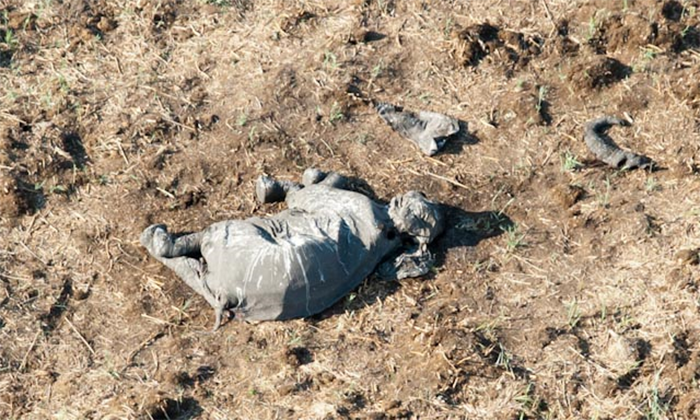 The just-completed census of savanna elephants by EWB found herds across Africa were being decimated for their ivory, mainly for the Chinese market. Between 2007 and 2014, in 15 countries where reliable previous counts were available for comparison, populations declined by 144,000 or 30%. In Tanzania the population has plummeted by an alarming 60% in five years, in Mozambique by 53% over the same period.

Grant Woodrow of Wilderness Safaris said tourism along the river could act as a brake on poaching (it was a Wilderness lodge that alerted Chase to the latest poaching incident). But he was concerned that the Chobe could be a conduit for poachers seeking out the Botswana herds. “The government needs to step on this quickly and hard,” he said, “or it could become a really big problem.”

According to Chase, the virtual elimination of herds in neighbouring countries has lured the poachers south. The carcasses on the Chobe floodplain could mark the beginning of an assault on the once-safe Botswana herds in the greatest elephant sanctuary on earth.