You are at:Home»Media Articles»Problems with trophy hunting in Zimbabwe exposed

Trophy hunting in Zimbabwe’s Matetsi Safari Area is not sustainable at current levels as trophy sizes are declining, there is little scientific data supporting quota sizes and hunting management is seriously incapacitated. 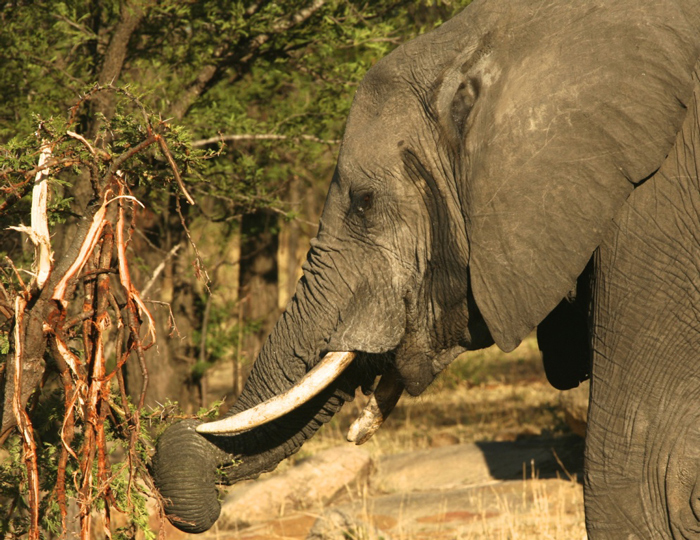 Investigating the impact of trophy hunting

The effect trophy hunting has had on the Cape buffalo, elephant, greater kudu and sable antelope populations of the Matetsi Safari Area in the northwest of the country was analysed by  a group of researchers led by Victor Muposhi of the Chinhoyi University of Technology in Zimbabwe. Specifically, they looked at records of trophy size, the age of killed animals at the time of “harvest”, annual hunting quotas and the number of animals actually shot by trophy hunters.

The study area covers about 3000 square kilometres and forms part of the much larger Kavango Zambezi Transfrontier Conservation Area (KAZA TFCA) which straddles the borders of Angola, Namibia, Zambia, Botswana and Zimbabwe. It is divided into seven management units which have seen more than 37 years of trophy hunting.

A “dilemma” of sustainability

While they acknowledge that there has been “perpetual debate and polarity on the sustainability of trophy hunting”, the authors of the study clearly position themselves on the pro-hunting, “sustainable utilisation” side of the fence, suggesting that trophy hunting is “still considered as one sustainable way of supporting conservation in African countries endowed with abundant wildlife species” and that the use of a quota system “promotes sustainable off-takes” with “a negligible impact on overall ecology of wildlife species”.

It comes as somewhat of a surprise then that a number of their findings point to significant short-comings of this philosophy in their chosen study area. These include the following

2. There is a tendency for the species under consideration to avoid “the hunting areas in favour of the neighbouring National Parks within the KAZA TFCA where there is no hunting”. This is consistent with earlier studies in the Greater Mapungubwe Transfrontier Conservation Area between South Africa, Botswana and Zimbabwe, which found that while ecotourism in an area caused elephant numbers to increase, trophy hunting was detrimental to transfrontier elephant populations.

3. Annual trophy hunting quotas issued for sable antelopes increased significantly during the study period. What’s of particular concern in this regard is that quotas for the area don’t appear to have been set on the basis of real scientific data. The researchers warn that their “findings cast doubt on the sustainability of […] the quota setting processes in this area” noting that “there seems to be over-reliance on questionable and subjective personal opinions in the quota setting process which in actual sense is supposed to be based on scientific evidence and ecological principles”. The severity of this matter is evident from the statement that “the viability of trophy hunting in this area over time may be compromised unless a review on the current trophy hunting policy is done”.

4. The authors argue that within the KAZA TFCA landscape current “harvesting rates” for the species under consideration “may not be sustainable from a trophy size perspective if age restrictions and trophy size limits were to be imposed”.

5. The scientists are critical of the management of trophy hunting activities in the area and emphasise that the economic decline of the country “seriously incapacitated” the Zimbabwe Parks and Wildlife Management Authority’s ability to conduct the “periodic surveys and monitoring programs which are critical in the quota setting process”. While the Authority didn’t necessarily raise quotas for all of the hunted species, it did increase its control over hunting areas “in an attempt to increase its revenue base”. Crucially, “the Zimbabwe Parks and Wildlife Management Authority is confronted with the dual task of generating revenue”, while simultaneously playing “the regulatory role in trophy hunting and wildlife conservation issues in Zimbabwe”. In a particularly incisive statement, the researchers observe that “self-regulating is always a problem as there is [sic]often questions on ‘who will police the regulator’”. 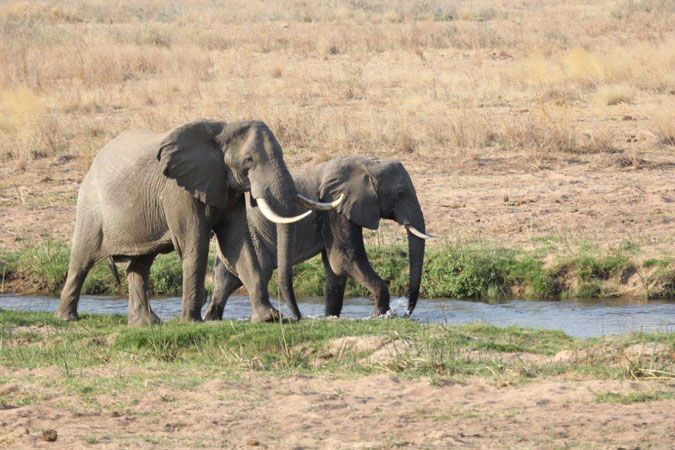 Having exposed all of these problems, one might expect the authors of the study to call for an outright ban on trophy hunting in the Matetsi Safari Area. Yet they refer merely to “a conservation and management dilemma” and recommend the implementation of age based harvesting policies and the use of “ecological principles in the quota setting process”, while suggesting that for some species, hunting should be reduced or temporarily stopped by “introducing fallow or resting hunting years on a rotational basis” and that “temporal and spatial refuges” should be created “to facilitate ‘trophy hunting rest’”.

With the free for all in Zimbabwe since the virtual collapse of the state and all its organs post land invasions in 1999, no one really knows the extent of the looting in National Parks and other conservation areas where the situation may be far worse.