You are at:Home»Media Articles»The welfare of South Africa’s wild animals is in the hopelessly wrong hands of the food police – this has to change urgently

The welfare of wild animals in South Africa is being thrown under a bus by dithering departments and inappropriate legislators.

Giving the job of drafting wild animal welfare legislation to the Department of Agriculture is like asking a jackal to look after your ducks. It’s the wrong department for the job. They’re the food police. They administer the Meat Safety Act, the Animal Improvement Act, chopping trees, drought relief, catching fish, pets, draft and performing animals, and exporting sheep. Their vision is sustainable agriculture and food security, for God’s sake.

If you put “animal welfare” into the search box on its website you get Animal Production, Wildlife Ranching, Aquaculture and Animal Improvement. Yet for almost two decades they’ve been tasked with drawing up an Animal Welfare Act. Doesn’t show.

Michele Pickover of the EMS Foundation got it right when she said: “We urgently need new legislative protection for wild animals, but DALRRD lack the competency to write it. Also, the department’s business is slaughter and production plus they’re in bed with the industry. They’re the wrong people to be tasked with wild animal welfare.”

Last month, Parliament’s Portfolio Committee on the Environment issued a report questioning the competence of Agriculture’s team, noting concerns that candidates were selected without experience in key areas of ethics or drafting. It said this was a legislative shortcoming and warned the results could be dire.

It also referred to criticism of the imbalance between members who favoured or did not favour consumptive use of wildlife and said they had not been required to disclose personal interests in wildlife use which could have a bearing on their decisions.

DALRRD demurred. The drafting team “cannot include non-officials” because it’s an internal process, but said the Department of Forestry, Fisheries and the Environment (DFFE) and the National Society for the Protection of Animals (NSPCA) “will be consulted at an appropriate time to comment on the bill”. By then it could be too late to change anything meaningful.

You’d think the DFFE would be drafting any legislation concerning the welfare of wild animals. After a year of consultation with a widely skilled High Level Panel, it recently produced a remarkably enlightened policy paper on lions, elephants, rhinos and leopards that spoke to their sentience and the need for protecting their welfare.

But no. On drafting an Animal Welfare Bill they claim their hands are tied because the Animal Protection Act rests with Agriculture. How convenient.

This is despite two pivotal court judgments which held that animals are sentient and capable of suffering and experiencing pain and that their welfare needs consideration (NSPCA vs Minister of Justice ZA SACC 46 2016 and NSPCA vs Environmental Affairs and SA Predator Association ZAGPPHC 367 2019).

The Agriculture Department’s interest in wild animals was controversially displayed in 2020 when it listed 32 wild animals, including lions, giraffes, white and black rhinos and cheetahs, under the Animal Improvement Act and proposed listing 98 wild animals under the Meat Safety Act, including rhinos, hippos, elephants and crocodiles. According to the act they may be “slaughtered for food for human and animal consumption”. Hello wildlife farmers, we love you all.

Agriculture’s animal welfare drafting process is anchored in the Animal Protection Act (APA), which is now thoroughly out of date, having been promulgated in 1962. It may be on the statute books but gets bypassed more often than not and has no sting.

It states that if you beat, kick, goad, infuriate, terrify, neglect, torture, maim, starve, trap or abandon an animal, you are liable to a fine not exceeding R200, six months in prison or six lashes with a salted cane.

But here’s the real issue: neither the environment nor agriculture departments should be drafting and tasked to administer animal welfare legislation. This should be the job of the Department of Justice and Constitutional Development. The APA was once under Justice, but somewhere along the line someone saw fit to shift it to Agriculture, maybe because welfare was seen as a farming matter. There it turned into a wet rag.

DALRRD doesn’t take welfare seriously as it’s entirely aligned with the commercial farming sector. It doesn’t enforce the APA and doesn’t have an active welfare inspectorate. It leaves that to the underfunded, non-governmental NSPCA to bring cases to court. Enforcement of the APA is therefore minimal, with little support to the NSPCA from either the National Prosecution Authority or the judiciary. 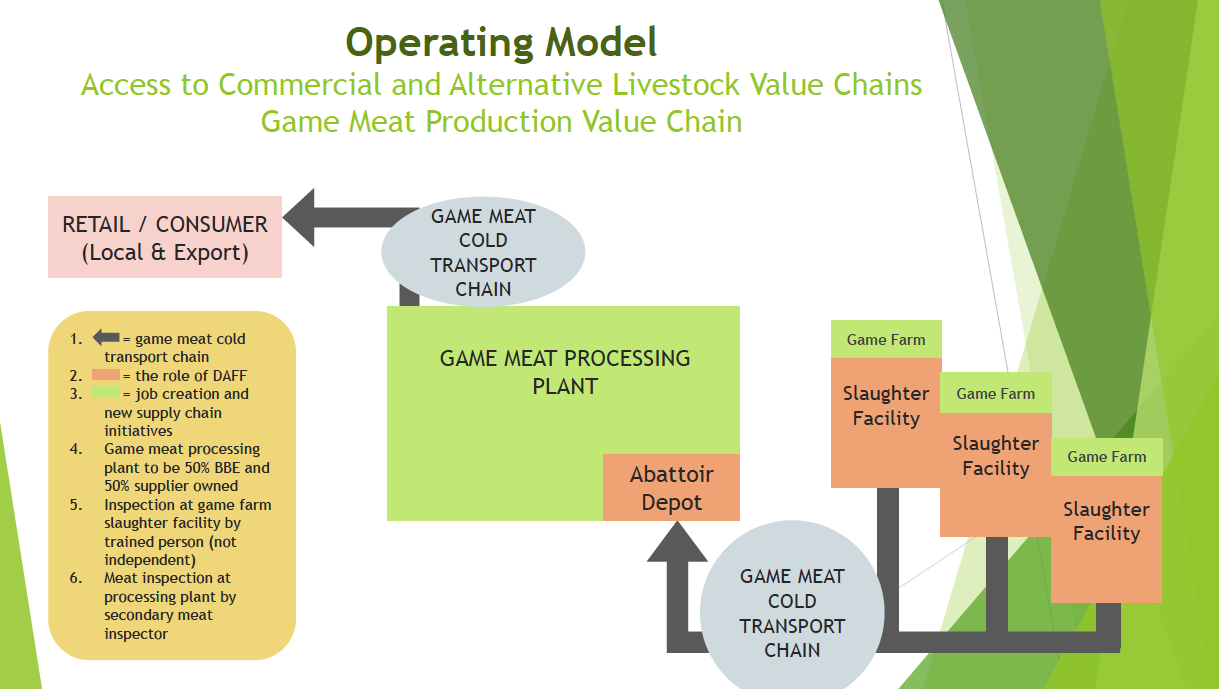 Questioned in Parliament about its welfare drafting team, DALRRD contradicted itself between what it told parliamentarians and in written answers. Were the NSPCA and DFFE already part of the team? Would there be public participation? Yes in verbal answers, no in written answers.

Frankly the animal welfare issue is a mess. The drafting process, which has been galumphing along in Agriculture for years, needs to be relocated with the Justice Department as a matter of urgency because Agriculture is simply incapable of getting it right.

The worst part is that they don’t seem to know what they don’t know and whatever they produce will most likely wind up in a hopeless tangle of legal arguments and court battles that could go on interminably.

Justice was the original administrator of the act. It’s a generalist department that can ensure compliance with a variety of departments across a range of sectors central to animal welfare, such as agriculture, environment, health, education, commerce, trade and industry.

The department has oversight over the criminal justice system and is well placed to provide policy input on criminal matters. It also doesn’t have the same conflict of interest between the welfare of animals in agriculture and wild animals.

Cabinet needs to have a long, hard think about this and save animal welfare from being run over by a busload of confusion, rivalries and incompetence. DM/OBP