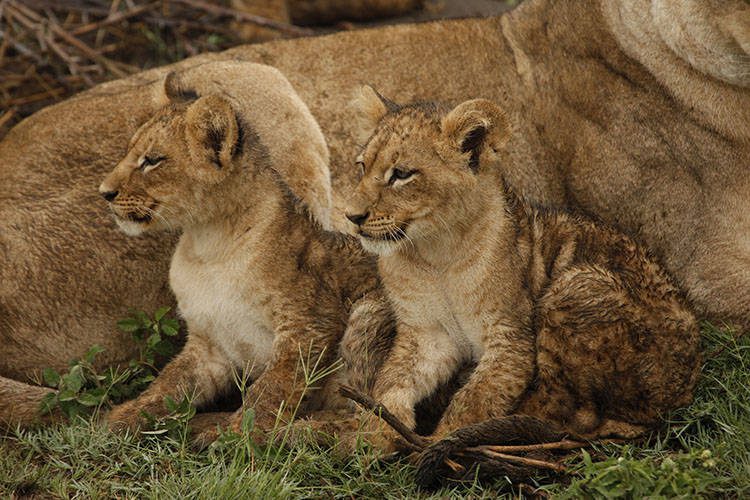 A DAMNING report on South Africa’s lion bone trade has called for the end of the trade, a forensic investigation into the affairs of lion breeders and a restriction on the keeping and breeding of lions and tigers.

The report, The Extinction Business, compiled by the EMS Foundation and Ban Animal Trading, says it’s time to discuss dismantling the big cat industry, address criminal networks linking it to traffickers in China, Laos, Thailand and Vietnam and monitor the CITES permitting process that allows wild animal translocation. The report’s release coincided with an announcement by the Department of Environmental Affairs (DEA) that it was increasing the annual export quota of lion skeletons from 800 to 1 500.

South Africa is already the largest exporter of lion bones to mainly Vietnam, Lao PDR and Thailand, countries which are at the nexus of the illegal wildlife trade.

The bones are mainly used for fake tiger bone wine which is a bogus health drink.

According to the report, the bone trade is benefiting very few people. They appear to be an interconnected group of fewer than 10 South Africans, all somehow linked to canned lion hunting and who are factory-farming lions for bone export.

“It is confounding,” Dr Paul Funston of Panthera is quoted in the report as saying, “that a country whose iconic wild lions are such a source of national pride, not to mention tourist revenue, would take such risks as to sustain a marginal captive breeding industry that is condemned globally for its shameful practices.”

Keosavang is one of the world’s most notorious illicit wildlife traders and the US has placed a $1 million (R13.5m) bounty on his head leading to his capture, a fact that the DEA could hardly not have known.

“The fact that South Africa was issuing CITES export permits to criminal syndicates and questionable destinations after they had knowledge of the Keosavang Network speaks to gaping loopholes in CITES permitting mechanisms,” the report notes.

When the original quota was legalised in South Africa, the DEA claimed the bone industry was merely a by-product of the trophy hunting industry. If so, the skull, jaw and clavicles would be absent from the skeleton exports because they’re required to mount a trophy.

However Extinction Business researchers found that 91% of the skeletons that went out in 2017 included skulls.

“It can therefore be concluded, contrary to claims from the government, that South Africa’s lion bone trade is not simply a by-product of the canned trophy hunting industry. Big cats are being commercially bred for their bones.”

The shift from hunting to bones has necessitated industrial scale killing. Earlier this year a whistle-blower disclosed the existence of a lion slaughterhouse in the Free State established to kill lions for their skeletons. It is situated on the farm Wag ’n Bietjie in the Glen district outside Bloemfontein. Lion farmers told Beeld journalist Marietjie Gericke that there were more lion slaughterhouses in the Free State – including one in the Winburg district – and that at least 400 lions had been killed there in the past year.

There is also evidence, says the report, that some of the local traders are cheating. “Given that the mean average of a full lion skeleton is 9kg, our examination of a sample of 10 skeleton consignments exported in 2017 indicates that the individual skeletons actually exported on average weighed between 11kg and 30kg, indicating multiple skeletons per consignment.” This means exporters are exceeding the quota – unchecked by CITES.

Concerns around commercial lion breeding appear to have reached the Parliamentary Portfolio Committee on Environmental Affairs. In August it will be hosting a high-level discussion on the issue entitled Lion breeding for hunting in South Africa; destroying or promoting the conservation image of the country?