The ongoing drought is taking its toll on South Africa’s wildlife. In the Kruger National Park, questions have been raised about the possible impact that a potential re-opening of some old boreholes could have on the park’s elephants.

Months of below average rainfall are putting pressure on wild animal populations in many South African nature reserves, but the effects vary from region to region and from species to species.

Some areas, including the Mapungubwe National Park, have experienced some relief as a result of recent rains, while in others the impact of the drought has been minimal. Kgalagadi Transfrontier Park manager Steven Smith, for instance, notes that the park has experienced no significant effect because it’s an open system with Botswana.

Elsewhere the situation is more critical. According to Deon Joubert, the manager of Mokala National Park, the condition of game has deteriorated, necessitating targeted feeding of the more valuable species. His colleague, Frans van Rooyen, manager at Augrabies Falls National Park agrees but notes that no drought-related animal deaths have been reported yet.

In KwaZulu-Natal, the Hluhluwe-iMfolozi Park, the Mkhuze Game Reserve and the iSimangaliso Wetland Park have been severely affected, resulting in substantially lower levels of lakes, pans and rivers along with significantly reduced accessibility to water and grazing.

Conservationists point out that prolonged dry spells are normal events and that related game fatalities tend to be beneficial in the long run. “Drought is a natural phenomenon, which is necessary for the regeneration of the ecosystem,” explains William Mabasa, Kruger National Park’s communications and marketing manager. “The effects are such that you have weak and sickly animals dying in the process, allowing the stronger individuals that survive the drought to re-populate the environment with more resilient genes”. 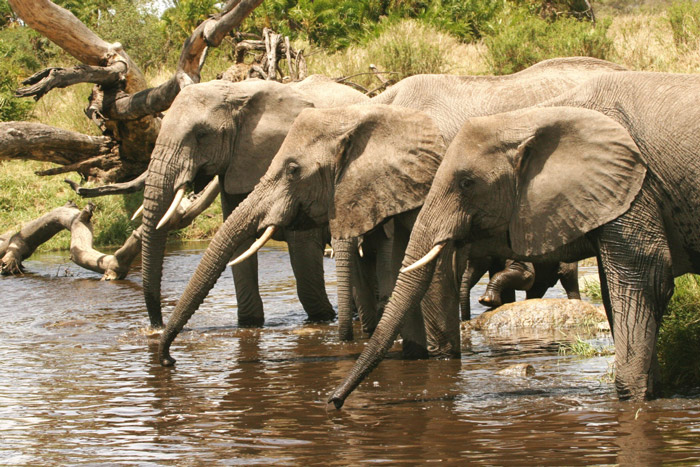 According to Mabasa, the situation in Kruger is very serious. “Many of our dams are dry and our perennial rivers are flowing very low. There is very little grass, if any. Hippos are beginning to get stranded in some areas because of lack of water in their habitats.”

Wildlife guide Pat Donaldson agrees: “I’ve been at Timbavati (a private game reserve adjoining Kruger) since 1977. I’ve seen three different droughts since then and the current situation is pretty drastic. This is going to be quite a hard drought – the worst of the three I’ve experienced myself.”

During the first two droughts, Timbavati was fenced off from the Kruger National Park. But the fence has since come down, allowing animals to move around a lot more and giving them access to areas with better food and water when required. “I remember feeding wild rhino and buffalo during the previous droughts when we were still fenced,” said Donaldson.

“Not all animals are equally susceptible to drought effects,” says Dr Izak Smit, SANParks science manager for systems ecology, GIS and remote sensing. “Some species, like hippo, buffalo, warthog and waterbuck are more susceptible, while others, including most predators and scavengers may actually be favoured by drought conditions.” 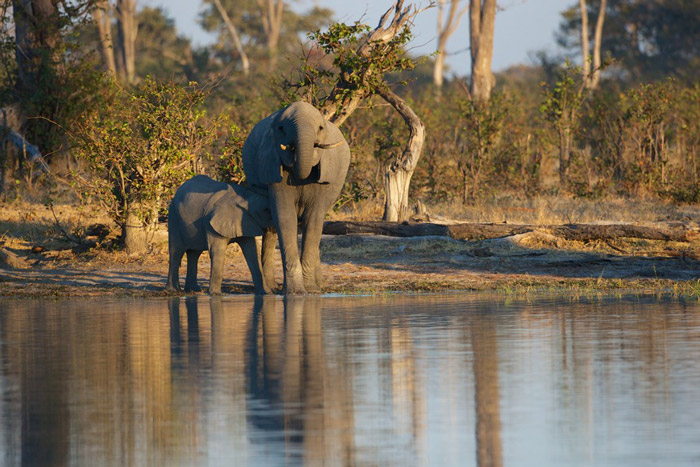 In January, Kruger announced that it was considering the reactivation of existing boreholes that have been closed for years. Some observers have raised questions about this proposal because of the central role that the closure of these boreholes has played in managing the park’s elephant population. In the past, hundreds of boreholes and artificial watering sites were built in Kruger. The availability of year-round water sources had a number of unintended ecological consequences, affecting numbers of some species drastically. Elephants, for instance, were able to occupy most of the park throughout the year, allowing the population to grow at excessive rates. This was partly why a controversial policy of culling to control numbers was introduced, leading to the official killing of 14,629 elephants between 1967 and 1997.

Starting in the 1990s, a new policy imitating natural processes was adopted. Many boreholes were closed and artificial catchment dams breeched. Limiting access to artificial waterholes, and consequently the surrounding food resources, has since curtailed population growth among Kruger elephants, and by 2014 the park’s large mammal ecologist, Dr Sam Ferreira, was able to announce that there would be no further culling of elephants for population control. 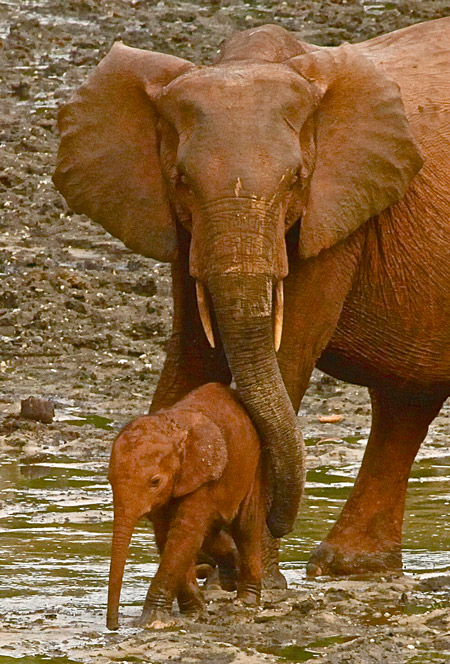 How will the re-opening of old boreholes affect this situation and does it signal a change in the elephant management policy? Mabasa suggests that if the decision is made to re-open any boreholes it, “will be those that are close to where water would natural occur.” Smit notes that, “a few key waterholes will be providing water in selected locations in the park,” and adds that the relevant water user associations and catchment management agencies are being engaged to ensure that the ecological reserve is met in perennial rivers.

According to Danie Pienaar, the Kruger’s Head of Scientific Services, “it is not correct that Kruger is re-opening boreholes that have been closed previously to create a more heterogeneous distribution of water in the landscape and that this will change the elephant management policy. 34 boreholes have been identified as ‘borehole-fed water points that are either currently open (i.e. operational) or are to be maintained in good condition and kept in reserve, to be activated and brought into operation in the event of a serious drought.”

He emphasises that these boreholes are all currently supposed to be operational, are located mostly along tourist roads and are spread out along the entire 350km length of the park. This represents, “the absolute minimum number of water points that Kruger National Park wants to keep functioning in case all other water in the landscape dries up. Some of these 34 boreholes needed some attention and most need an additional hole drilled and troughs constructed to ensure that water will be available when big herds of animals congregate around them.”

Pienaar says that trends in elephant movements, for example into and out of adjacent private reserves, as well as mortality rates during the drought period can only be assessed once the next annual aerial survey has been conducted  towards the end of winter. “We are, however, expecting some increased mortality among the very old elephants and the newly weaned animals. We are also expecting an increase in ‘problem’ elephants that break out of Kruger and cause problems in neighbouring areas.”