You are at:Home»Media Articles»World Cheetah Day – Spare a thought for the world’s fastest cat

There are not many of them left and it’s a good time to take stock.

In South Africa the Endangered Wildlife Trust (EWT) estimates there to be about 700 free-roaming 600 in breeding or petting facilities. There are fewer than 10 000 cheetahs in the wild and they are listed by CITES as endangered under Appendix 1.

Instead of a hearty roar, cheetahs have a distinctive bird-like cheep, which is appropriate because at pace they seem to have more in common with a bird than a speeding mammal.

Long before a speckled cat hits its top speed burst (they’ve been logged at 120km/h) its stride is in excess of eight metres and it seems to touch the ground so briefly as to appear permanently airborne. 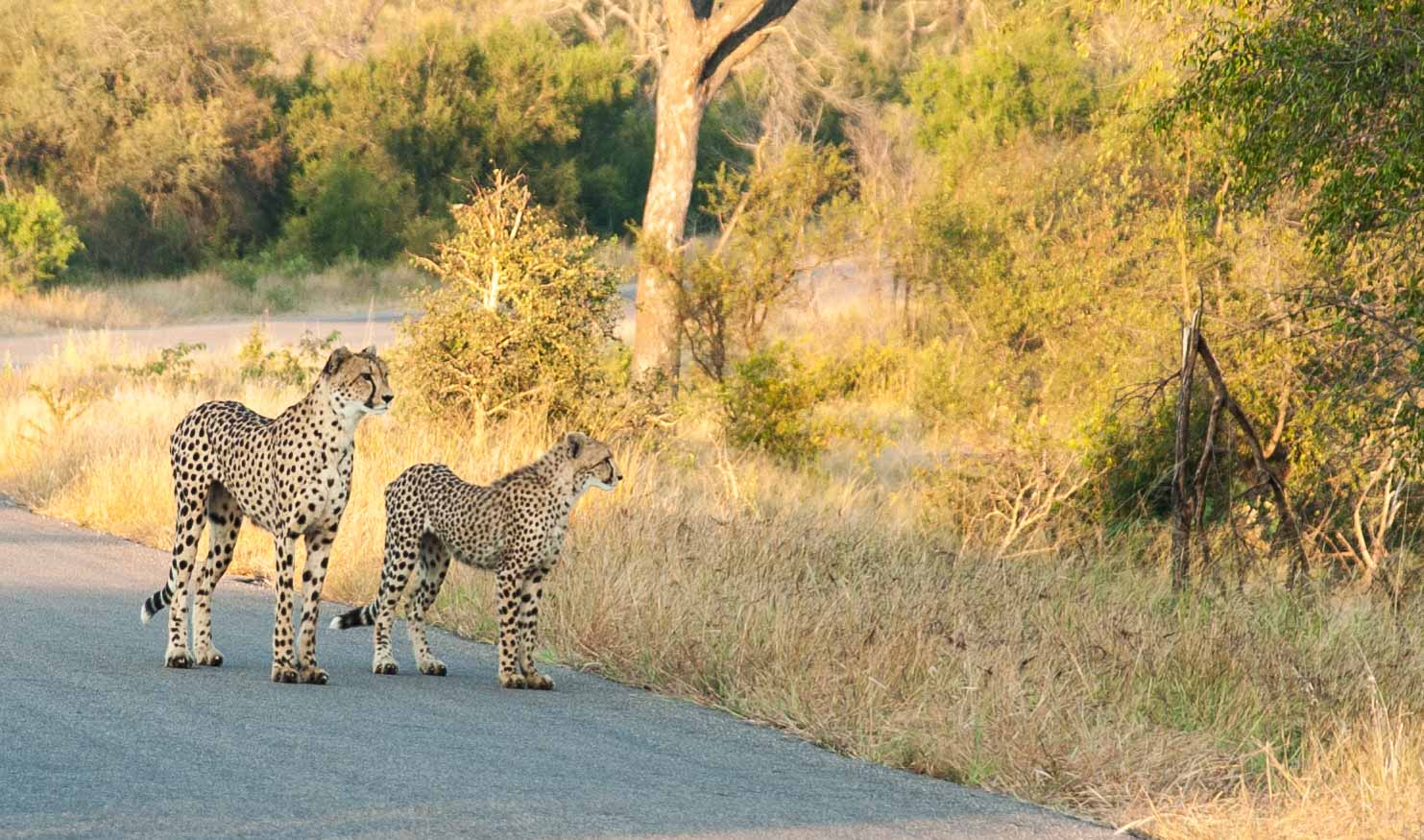 In evolutionary terms, cheetahs are an enigma. In the business of survival of the fittest, their line should have disappeared into species oblivion ages ago.

They are non-aggressive and will retreat rather than defend their catch. They have small jaws and a weak bite. Out on the savanna, their cubs are heavily predated.

While sprinting, they overheat in mere seconds and take more than half an hour to recover from a burst of speed. In a chase, their breathing rate shoots from 16 breaths a minute to nearly 160.

Unlike other cats, their claws are blunt and no good for climbing trees to escape danger. They’ve sacrificed muscle mass for leanness like any good sprinter.

But the most astounding feature of all is their skeleton. If it wasn’t on four-legs you’d think you were looking at the bones of a bird.

They’re long, frighteningly thin and clearly fragile. Yet genetically cheetahs are the oldest of the cat family – perfect in their savanna niche and unchanged for around three million years. They’ve outlived ice ages and sabre-tooth cats.

Their narrow waist, long legs, deep chest, large nostrils, enlarged heart and lung, special pads for traction and a long tail for balance are all designed around the one thing that has given them an evolutionary advantage: speed.

Apart from habitat loss, one of the biggest dangers to cheetahs is that they tame well and lend themselves to touch-experience safaris and as exotic household pets. A trend in South Africa is keeping them in captive facilities that are loosely referred to as breeding centres, sanctuaries or rehabilitation facilities. 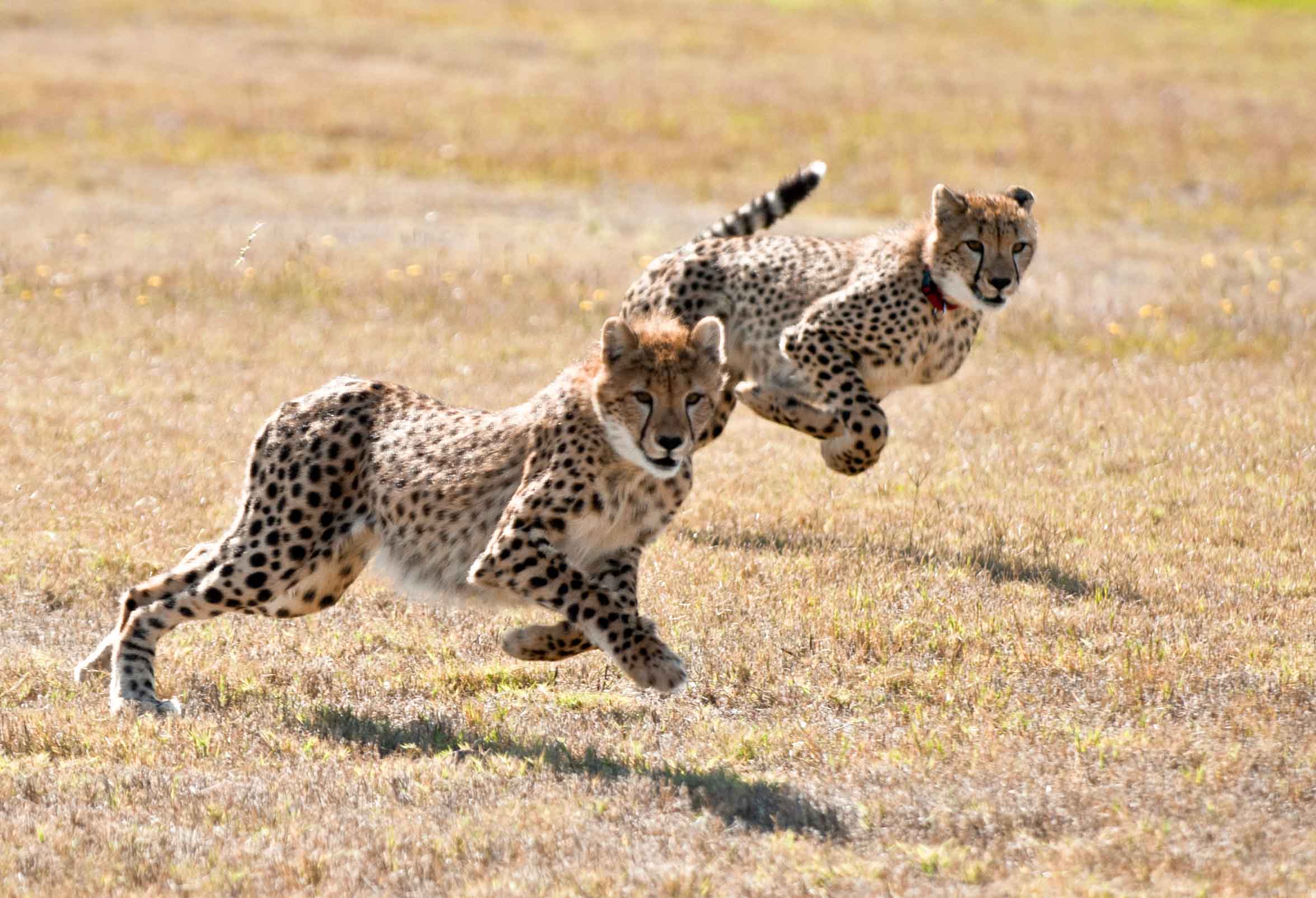 There are 79 of these housing around 600 of the cats, most in Limpopo, the North West and the Free State. Some of these are open to the public who pay to visit.

According to the EWT, other than Cheetah Outreach, which trains Anatolian guard dogs to protect flocks from cheetah predation, none if these facilities appear to be directly involved with any type of conservation work benefiting free-roaming cheetahs through funding or field projects.

The only value, it says, is ‘edutainment’. These are issues for humans to tackle and solve. When the rains come to the great plains of the Masai Mara and life bursts forth, cheetahs have their own concerns.

As the parched plains turn green and herds of grazing animals come to feed on the lush new pastures, tall grass is perfect for hunting. But it also attracts the cheetah’s arch enemies: lions and hyenas.

For females with cubs, the Mara can be a treacherous place. The cheetah is the smallest of the big cats and is vulnerable to the other predators. A female will hide her cubs in long grass to protect them, and move them every few days to keep lions and hyenas – always on the lookout for an easy snack – off their trail.

In open areas like the Mara and Serengeti, fewer than five percent of the cubs reach maturity.

But for millions of years cheetahs have survived, fellow predators prepared to tolerate and even befriend humans.

International Cheetah Day is a tribute to that association and to the spotted cat that has defied the odds and is with us still.

It’s up to us to honour that bond; to stop hunting and locking them up to be petted for money and to allow them their