You are at:Home»Recent News»Banning ivory trade is only one of many actions China can take to save Africa’s wildlife

It was encouraging to read recently that Hong Kong authorities are “open-minded” about a ban on the ivory trade. Though “open-minded” does not convey the sense of urgency this crisis deserves, it reminds us that there are things we can do here at home to work towards greater protection of elephants and other wildlife in Africa. Our citizens can play a role by not buying ivory – ever – and the government can ban the ivory trade and crack down on all ivory operations. Ivory trading and the consumer market of such products should be completely eradicated in Hong Kong.

But are there additional things that China could be doing to protect Africa’s wildlife? Trade between China and the African continent has grown quickly in the past decade; it was valued at more than US$200 billion last year. The WeChat messaging system from Tencent is used by millions of young Africans. Zendai is developing multi-purpose property projects in South Africa. The investments China is making in Africa and the operations of Chinese companies on the ground are transforming the continent at an unprecedented rate. 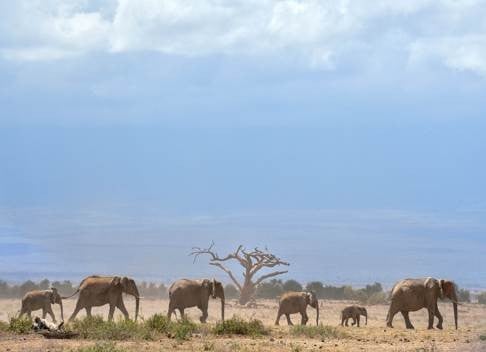 Elephants troop to a watering hole at the Amboseli national reserve at the foot of Mount Kilimanjaro. Fast-paced development could lead to an irrevocable loss of biodiversity. Photo: AFPLargely because of Chinese investments, roads and railways are also being laid down. Dams and buildings are going up. And many Chinese citizens are coming to work and live in Africa.

This change is happening quickly. The positives of this are better infrastructure, improved trade relations between China and various African governments, access to technology, higher standards of living for Africans and growing economies. The negatives of this fast-paced change, at least from a conservationist’s perspective, are the irrevocable loss of biodiversity and the undermining of ecosystem services needed to sustain this growth. Roads and railways bisect wildlife corridors and break up habitats. Dams alter the biological and physical properties of river systems.

If we are to save Africa’s elephants, rhinos, lions and other animals, or protect Africa’s wild landscapes for the future, our policymakers need to begin addressing conservation issues head on. It cannot always be left to the conservation organisations on the ground to fight for the future of wildlife.

These issues must be prioritised and addressed at the highest levels of our governments. It is in these high-level discussions and agreements that the fate of the continent and its wildlife are being decided. We firmly believe that conservation and economic modernisation can coexist in Africa. 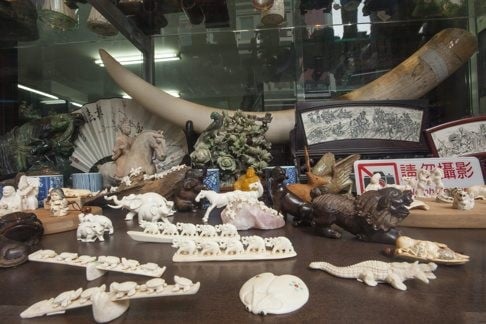 An elephant’s tusk and trinkets made out of ivory for sale in a shop on Hollywood Road in Central, Hong Kong. Photo: EPAThe upcoming 6th ministerial conference of the Forum on China-Africa Cooperation in Johannesburg offers a unique opportunity to put these issues onto the diplomatic agenda. Every three years since 2000, the Chinese government has hosted this official forum with its African partners, and every three years, China has doubled its financing commitment to Africa. At a gathering where President Xi Jinping (習近平) is this year expected to meet Africa’s heads of state to discuss a range of Sino-African issues, the one that is rarely discussed is how to ensure the protection of the continent’s unique natural heritage.

That is why, for the past two years, business and civil society leaders from China and Africa have been meeting as part of the China-Africa Dialogue Series facilitated by African Wildlife Foundation and the Aspen Institute. Participants in the dialogues have worked to develop a vision for sustainable and equitable investment and partnership on conservation between China and African nations. They have fostered a set of recommendations on opportunities for cooperation on conservation and development challenges.

One key aspect was the successful lobbying of the African Union to include protection of wildlife and wild lands as a priority in its development agenda, as outlined by its Agenda 2063 document. 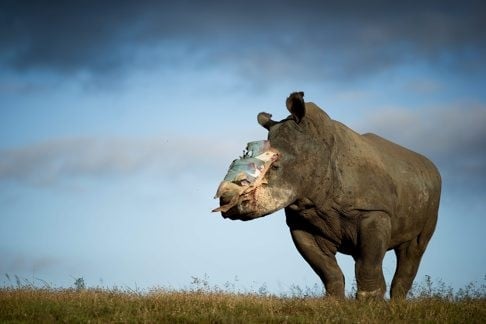 A four-year old female rhino that survived a horrific poaching attack recovers at the Shamwari Game Reserve in South Africa. An accumulation of threats is creating the conditions for species declines and habitat loss on the continent. Photo: EPA

In the lead-up to this year’s China-Africa forum, the dialogue group worked with the African Ambassadors Group in Beijing and others to promote wildlife and environmental issues as part of the official forum agenda, and as part of its action plan from 2015 to 2018. There are indications that this has been taken up for the first time, and not a moment too soon.

“In the end, how China manages its own house at home and conducts itself in the houses of its African partners will determine, in large part, the fate of Africa’s wildlife”

It is unfair to hang all of Africa’s biodiversity loss on China’s shoulders. An accumulation of threats is creating the conditions for species declines and habitat loss. It would be remiss, though, to presume that China’s rising affluence, its greater connectivity with Africa via sea, air and cyber routes, its investments in equity and debt markets, natural resource extraction and infrastructure development, and the growing presence of its citizens living and working on the continent, have no impact. I think that China understands this, which is why we have seen the Chinese government, business leaders and individuals make a number of commitments and take a number of actions to reduce ivory consumption, and promote wildlife protection.

In the end, how China manages its own house at home and conducts itself in the houses of its African partners will determine, in large part, the fate of Africa’s wildlife. First, the Chinese government should show more leadership at home by completely eradicating, without delay, the ivory trade. Then, as African governments step up and put in place measures to protect wildlife, China must step in further and aggressively support those efforts.

Christopher Lee is a Hong Kong native and an investment professional. He is a trustee of the African Wildlife Foundation