You are at:Home»Recent News»Botswana looks into report of nearly 90 slaughtered elephants 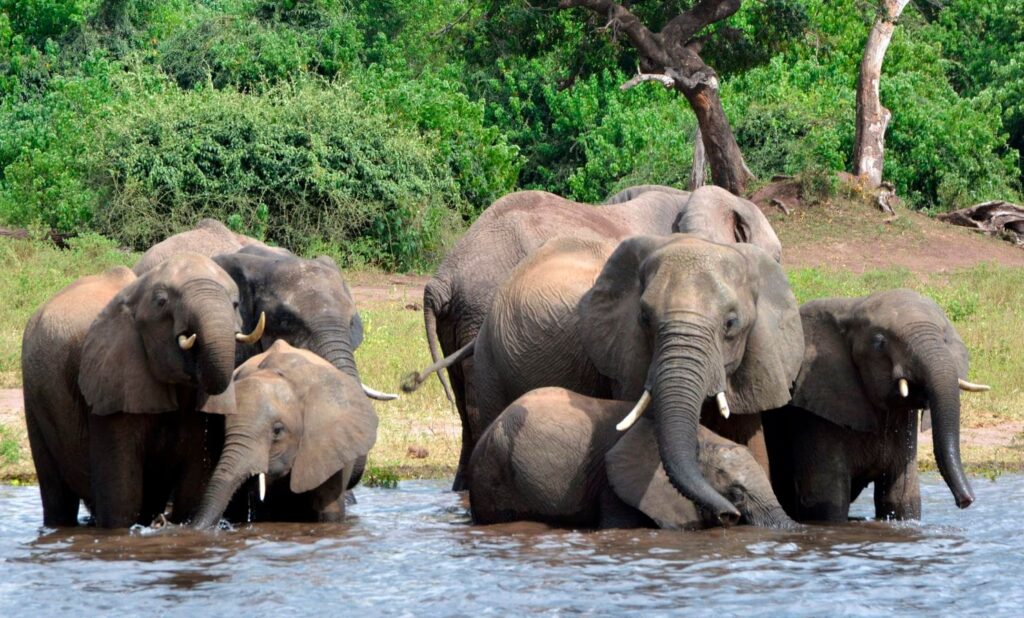 Elephants drink water in the Chobe National Park in Botswana. The conservation group Elephants Without Borders says it found 87 dead elephants last week during a survey of the country’s elephant population. The government initially said the numbers were wrong, but it is investigating. (Charmaine Noronha/AP)

Botswana is investigating the alleged massacre of about 90 elephants near the Okavango Delta wildlife sanctuary and will give a report to the government Wednesday, said Tshekedi Khama, environment and tourism minister.

The probe is being conducted by the southern African country’s defense force, police and the Department of Wildlife and National Parks, who are working with researchers, Khama told reporters.

Elephants Without Borders, a nonprofit conservation organization, said it found the dead bodies of 87 elephants while conducting an aerial count of the animals in the Okavango Delta last week. All the creatures appeared to have had their tusks removed, raising suspicion that they were poached.

Botswana’s government said last week that the numbers were false and misleading.

Elephant tusks are made of ivory and are in demand for jewelry and other decorations. Several countries, including the United States, China and the European Union, have banned or heavily restricted ivory sales.