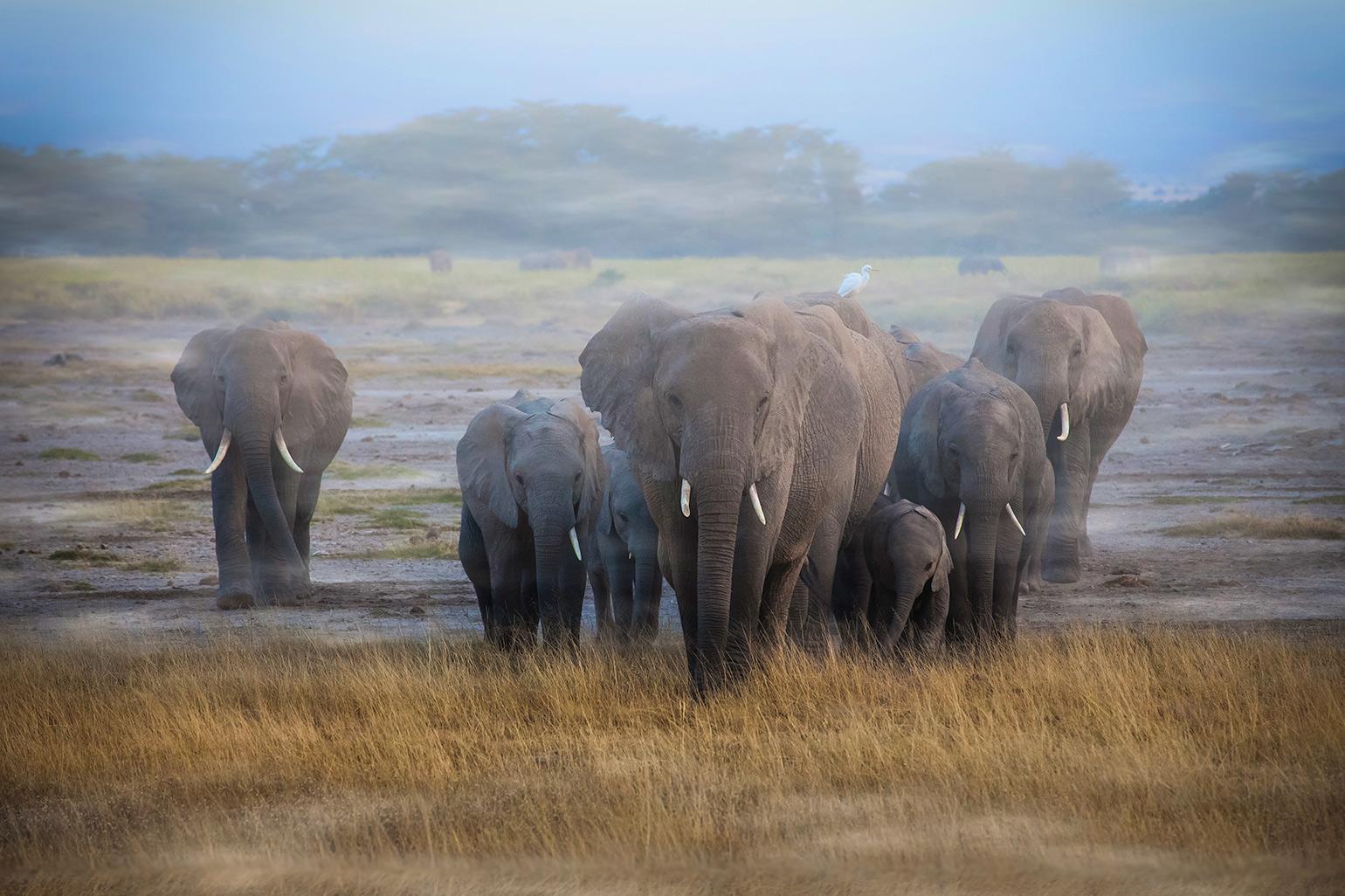 Mention the word refugees, and the image that comes to mind is that of humans that have been forced to leave their countries due to war, persecution or natural disaster. Botswana, a landlocked country in Southern Africa, is facing a different kind of refugee crisis – one caused by the hundreds of thousands of elephants that have fled their homelands to escape ruthless poachers.

This is not the first time the mammals have sought refuge at the Chobe National Park, an 11,700 sq. km (4,500 sq. miles) animal sanctuary located in northern Botswana. But Michel Chase, founder of Elephants Without Borders (EWB), who has been tracking the African elephants for the last twenty years, says this migration is different. In the past, the pachyderms used the sanctuary as a temporary home and always headed back to their respective countries after a few years.

However, since 2011, as poaching in Namibia, Zambia, and Angola, has escalated to new heights, the homeward migration has stopped. As of November 2016, over 130,000 elephants, roughly a third of the estimated 350,000 African elephant population, have made Botswana their permanent home. Chase says, “Elephants clearly have a cognitive ability to understand where they are threatened and where they are safe and in this case they are seeking refuge and sanctuary in Botswana where they are well protected.”

Though EWB is thrilled at being able to provide a safe haven for the mighty animals, the country is struggling to keep up with the voracious eaters, who can plow through up to 600 pounds of vegetation a day. Botswana’s most severe drought in 30 years has made things worse. As food sources dwindle, some desperate pachyderms have resorted to eating indigestible tree bark, leading to their untimely deaths. Also, as the watering holes dry out, the parched elephants are being forced to leave the safety of the sanctuary and head to the nearby rivers making them susceptible to unscrupulous poachers.

Though the situation is not ideal, the smart elephant refugees who can detect the boundary between safe and dangerous areas without physical markers, appear to be making the best of it. George Ittmeyer, who has been studying the African elephants for many years, says their highly evolved spatial memory enables the mammals to select the most efficient path to the river, minimizing the risk of encountering hunters. The elephants also adjust their circadian rhythm so that they rest during the day and search for water at night when there are fewer poachers. Also, since elephants can sense sound frequencies through their feet, they can “hear” warnings sent by other elephants and avoid dangerous areas.

Meanwhile, the Botswana government’s plea to neighboring countries to impose measures to stop the carnage has met with some success. Uganda, Namibia, and Gabon have seen elephant populations stabilize or improve as officials realize the income obtained from ecotourism is far greater than from ivory. In July 2016, African Parks, in collaboration with the Department of National Parks and Wildlife (DNPW), moved 250 elephants and 1,500 other animals of various species to the Nkhotakota Wildlife Reserve in northern Malawi. If all goes according to plan, another 250 will be moved in July 2017, completing one of the most significant translocation initiatives in conservation history.

While these efforts will certainly help, what conservationists are most thrilled about is the news that China, which accounts for 70% of the ivory trade, is banning all ivory sales by the end of 2017. With their biggest market gone, poachers will have little incentive to kill the majestic animals. This will hopefully help revive the African elephant population, which has plummeted drastically in the last ten years, and reduce the number of “refugees.”