You are at:Home»Recent News»What cigarettes, kidneys and rhinos have in common

“The rhino horn trade is one of the most successful examples of illicit entrepreneurship in the world.” This striking statement was made by Professor Louise Shelley as part of a seminar I recently attended on emerging environmental security issues.

I was sitting in a small room with like-minded individuals at UCT as Dr. Shelley introduced us to the illicit trade in rhino horn and its links to transnational crime, a deeper convergence of other forms of illegal activities and a transitional Asian economy. Shelley’s CV runs long, but in short she is an expert on criminology, terrorism and corruption, and thus brings an interesting angle to the debate – one that I think conservationists and nature lovers seldom stop to think about.

In explanation of that opening statement, she expressed that few crimes, or successful businesses for the matter, have grown as quickly as that of the illicit trade in rhino horn. Due to the rate at which the trade, and its subsequent atrocities, have taken off, it has to be based on existing networks and ‘business deals’ run along already well-established lines of corruption.

What this means is that the illegal wildlife trade and dealings in rhino horn are just one part of a complex web of criminality and trade-based money laundering where rhino horn is simply one form of payment in a nasty black web. Rhino horn is being transported alongside illegal cigarettes, drugs, arms, and even people, while officials in power turn a blind eye, or worse lend a helping hand to extremely organised criminal syndicates. And while rhino horn may just be one element of a larger illicit trade, as a finite resource with a rising price tag, it is one of the most lucrative.

And the thing about transnational criminals is that they are geniuses when it comes to exploiting societies in transition and inequalities in markets. This is currently evident in China and Vietnam as citizens and governments come to terms with a shifting landscape and are learning where they fit in to a volatile economic climate.

Shelley says that in 2008 when global economies plummeted into recession, Asian markets saw a growth in the sales of luxury brands, such as Gucci and Prada, and it is no coincidence that this coincides with the dramatic increase in rhino poaching from this year onwards. This too at a time where Thai prostitutes were posed as big game hunters in pseudo hunts – a clear convergence of the illegal wildlife trade and human trafficking.

According to Shelley’s research there are three types of networks currently operating with rhino horn. There are Mozambican narcotics syndicates whose links run wild up the African coastline, the Chinese triads, and then the likes of Laos illicit traders that link into Thailand, Vietnam and Cambodia. From here the connections run ever deeper, across borders and country lines to syndicates operating the world over, from Pakistan, to Germany, to Ireland and to the Czech Republic, and to communities that primarily deal with other illicit trades, be it the illegal cigarette trade, the black market kidney trade or the enormous rise in heroin production.

And it is this idea of convergence that Shelley says needs to be taken more seriously when it comes to tackling the problem at hand. According to her, the illegal wildlife trade currently sits low on the agenda of Chinese or Vietnamese law enforcement, despite an array of promises made. She suggests that we may never get the Chinese or Vietnamese to have a connection with nature, after all one of the greatest honours you can give a guest at a Vietnamese dinner party is a meal made of an endangered species. And with a wildlife trade that is forever morphing and shifting in its uses and beliefs, the target too is ever moving. However, national security is something that is, and will always be, important on the agenda of Asian governments. And if this one commodity can be linked to a stronger, more undermining issue, and syndicates that are threatening global economies, then perhaps Asian governments will be more likely to take heed of the issue here.

And while trades may have been stemmed in Japan, Korea and Taiwan, perhaps this has more to do with societies and the rule of law than just good marketing or education. Here where regulations mean something and a national pride has been brought into the equation, cultures can see the benefit of stemming these illicit activities. 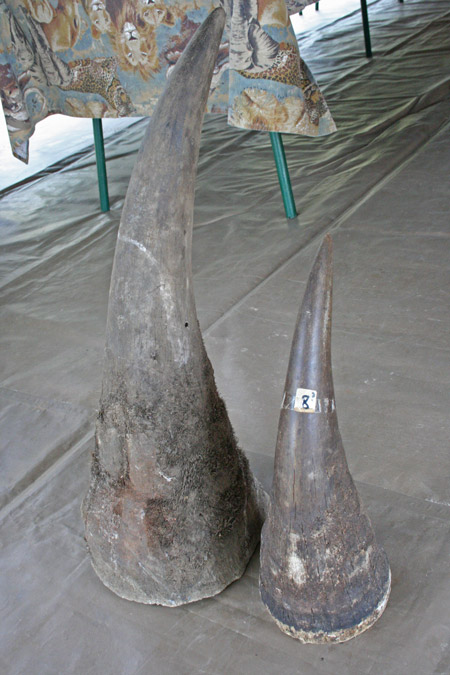 This convergence also needs to run deeper when it comes to tackling the trade and should involve all those affected by these transnational crime syndicates, be it private business owners in the cigarette trade, law enforcement agencies that deal with weapons or drugs, governance across the board or foreign affairs agencies. This is also something that should be considered right down to the debates around legalisation and what Shelley calls the ‘displacement effect’ – suppress the issue in one place and it will crop up somewhere else. And again it’s about a broader picture that looks at regional impacts, a global financial community, an integration into a world of business, local economies and a level of corruption that runs deep in an inflexible world where the lines of legality are blurred. Because the reality is that while the illicit trade maintains a high level of flexibility, it is this inflexibility of governments and business that is leading to a situation of wildlife in crises.

And soberly, while research suggests that we may have stemmed the rate of growth of this illicit trade, it still seems that, when it comes to the rhino, we are on the path to extinction. Shelley, for one, is already looking beyond the rhino as to where wildlife crime syndicates will move to next. And as the killing of larger, not just charismatic, species tends to have a disproportionate effect on the environment, her concern for environmental crimes is to what end the consequences of these illicit trades will have on the sustainability of the planet and ultimately, the human race.