You are at:Home»Recent News»Grasping the complexity of international Ivory Trade: The story of a young Chinese conservationist

China’s role in the elephant poaching problem is a primary focus of Gao’s research. What is the situation of illegal ivory markets? How large is ivory consumption in China? What are the drivers of the illicit trade? Gao set out to explore these questions.

China has long history of ivory carving, dating back to the Neolithic Age, and reaching its peak in the Ming (1368 – 1644 AD) and Qing (1644 – 1911 AD) Dynasties. After the CITES ban on international commercial ivory trade in 1989, the ivory carving industry was almost extinct. In 2004, Chinese authorities introduced an Ivory Identification and Registration System in order to regulate the domestic ivory market. All ivory products shall only be processed and sold in designated sites. With the CITES approval, China imported 62 metric tons of ivory from some Southern African countries in 2009. According to many NGOs and media, this influx of ivory stimulated Chinese demand, and thereby leading to the surge of elephant poaching in Africa. 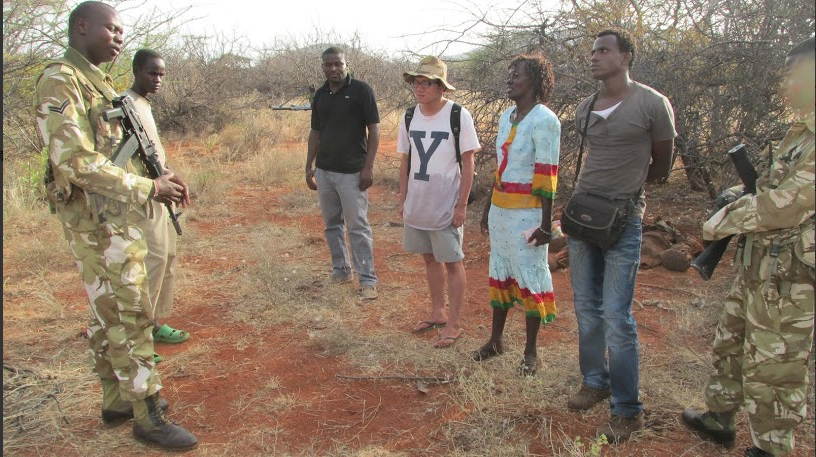 During his investigation in China, Gao noticed the policy loopholes as many organizations had already pointed out. For example, some traders of legal ivory shops were found to be implicated in laundering illegal ivory by taking advantage of the flawed identification card system. He also noticed that many illegal ivory dealers had started shifting their business to the online forums since the authorities strengthened their efforts to cracking down on the black markets. In the Baidu Post Bar, an online platform that allows users to establish online discussion group, many ivory traders post photos of raw and worked ivory for sale, usually low-end ivory trinkets. They used the wechat (Chinese version of “whatsup”) to communicate with potential consumers. Gao said that he had reported the phenomena to relevant authorities, companies, and NGOs, but until now concrete actions have yet to come.
In addition to the legal “white” market and illegal “black” market, Gao found a “grey market” which has so far received little attention from western organizations and media. He referred the grey market exclusively to the live auction of ivory products. He said, when talking about ivory auction in China, many western conservationists tend to confuse it with the online auction which has already been effectively controlled after measures taken since 2005. But, what he called attention on is the live auction managed by antique auction houses in China. This is a gray market because the current ivory regulation policy does not distinguish antique and new ivory products, while ivory collectors and speculators did, and in their perception, auction is the most important channel for the trading of high-value ivory antiques. At auction, ivory price can achieve incredibly high. 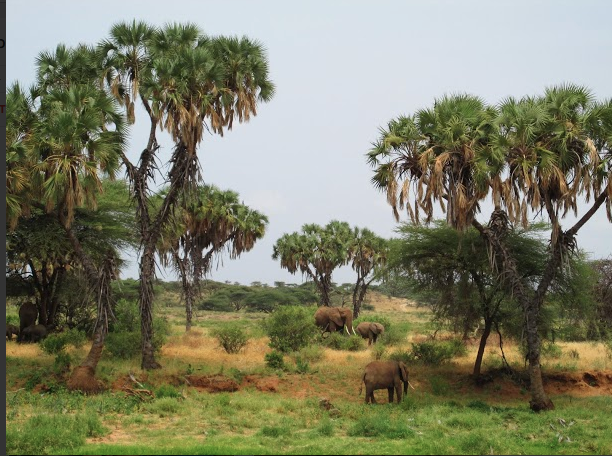 Gao’s quantitative analysis showed that this grey market started to surge around 2006, mushroomed after 2009, and peaked in 2011 – exactly the trend of elephant poaching in Africa. Fortunately, an official intervention by the end of December in 2011 banned the ivory auction and curbed the rising rate of quantity of ivory put on auction. Interestingly, while many Chinese news articles discussed the impacts of this “ivory auction ban”, in the past two years almost no English news articles about China’s ivory trade ever mentioned this market and this ban. Gao noted that some groups are currently lobbying the Chinese government to lift the auction ban. He hoped those concerned about elephants should pay more attention to this ivory live auction market that has the big money, considering its significant implications for elephant conservation.
Another question Gao wondered about China’s ivory trade is: what has driven ivory consumption in China? Gao was not satisfied with the common explanation that the demand was stimulated by the CITES approved one-off sale in 2008. He attempted to explore the nuanced societal conditions relevant to China and Chinese in Africa. Particularly, he illustrated to me some of the most important contributing factors taking place within Chinese society in the past one decade.

His study showed that, Chinese society attaches a number of different values to ivory. These values range from cultural and artistic merits, to economic, religious, social, and medicinal benefits. Generally these values indicate consumers’ different motivations for buying ivory. He tried to understand the societal changes that had resulted in the promotion of ivory values. Two main factors caught his attention.

The second and perhaps the most important driver is a boom of arts investment, especially after 2008. As real estate and stock markets underwent depression, a large amount of capital from individuals and professional investment companies started to enter the art market. Many kinds of antiques and collectibles became extremely popular. Just like the ancient Chinese paintings, porcelains, and jades, antique ivory was rapidly promoted as a profitable investment alternative. Media coverage about the astronomical prices of auctioned ivory greatly boosted the perceived economic value of ivory products, no matter whether it was new or old, which therefore led to an expansion of ivory demand.

Even though, Gao noted that ivory consumption in China is not as popular as many western and African NGOs and media claim to be. He believed, the perception that “hundreds of millions” of “Chinese middle class” are demanding ivory is definitely an overstatement. According to his estimation, potential ivory buyers are probably less than 1% of the Chinese population. Most Chinese never see ivory in their daily life, not to mention purchasing ivory. This is one of the reasons why some Chinese feel western media over glorify Chinese ivory market. However, Gao also noted that given the 1.4 billion Chinese population, even a tiny percentage can mean a large demand, and can exert far-reaching impacts.

In Gao’s view, it is true that some western NGOs and media know little about China’s domestic ivory trade and use inaccurate information in their advocacy campaigns, as some Chinese officials have pointed out and expressed concerns about the counterproductive impacts of exaggerating the demand. But it is also true that China bears inescapable responsibility for the elephant poaching problem, since the striking contrast between ivory prices in China and in Africa has made ivory smuggling and poaching very lucrative. However, quite often, Chinese actors and the western and African actors are simply talking past each other, misperceiving the knowledge, views, intentions, and constrains of the other side. The continuing unconstructive polemics reinforce the conflicting differences, creating mistrust, and preventing a broad and effective coalition which is urgently needed. This phenomenon is not uncommon in many other issues pertinent to the environmental and social implications of China’s rising and going out.

For the full article on Save The Elephants click here.

This site uses Akismet to reduce spam. Learn how your comment data is processed.