You are at:Home»Recent News»What Happened in the Harrowing Hours Before Cecil the Lion Was Killed

As the sun rose across the sweeping savannas of Hwange National Park in Hwange, Zimbabwe, on July 1, Minnesota dentist Dr. Walter Palmer was just arriving in the country.

Palmer had allegedly paid veteran safari guide Theo Bronkhorst at least $50,000 to help him bag a big lion in Zimbabwe. Palmer once boasted of having hunted big game around the world, including moose, deer, buffalo, mountain lions and even a polar bear, according to the New York Times.

By the next day, Palmer killed 13-year-old Cecil, one of the world’s most famous lions and the biggest dominant male black-maned lion in Hwange National Park.

“I think [Palmer] came here,” Brent Stapelkamp, one of the lion researchers who had tracked Cecil with a GPS collar since 2008 as part of an Oxford University lion study, told ABC News’ “20/20.”

“He’d given his hunter enough money and said, ‘Get me a lion,’ and maybe didn’t want to know the details. He just wanted the lion.” 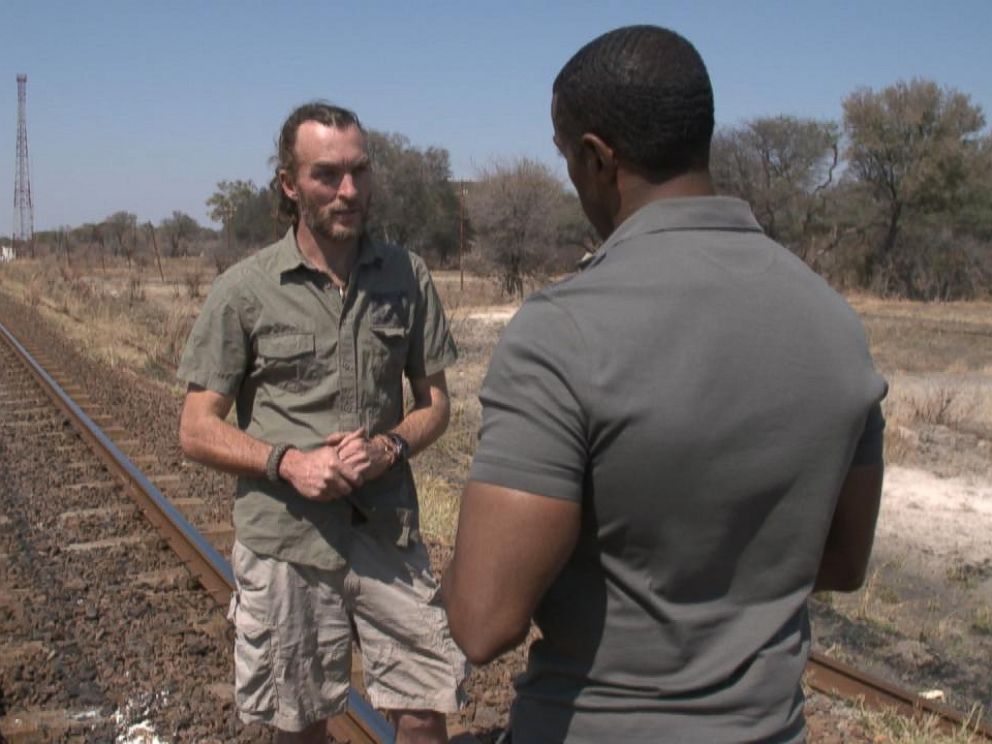 But Bronkhorst, 52, said the lion hunt went wrong from the start, according to British newspaper The Telegraph. Palmer’s luggage was lost at the airport, and he sent Bronkhorst in search for it, delaying their hunt. The delay, Bronkhorst claimed, forced them to hunt on Antoinette farm, land abutting Hwange National Park, rather than an approved area. Eventually, as night fell, Palmer and his guides set out on their hunt.

“What we know [is that]there was an elephant carcass as bait,” Stapelkamp, 37, said.

The hunters dragged the carcass behind their jeep, leaving a trailing scent, and allegedly attempted to lure a lion off the reserve and onto private land, where they apparently thought he could be legally killed, Stapelkamp speculated. With the trap set, they waited.

Moments later, Jericho, a lion with whom Cecil had previously formed an alliance, appeared, Stapelkamp said. Stapelkamp believes that despite seeing the other lion, the hunters wanted to kill Cecil, which Palmer and Bronkhorst have denied.

“Jericho arrived at about 9 o’clock [at night],” Stapelkamp said. “They [are]said to have waited because they knew Cecil was coming in, and they didn’t want the blonde lion.

“They wanted the big black-maned lion. They waited until about 10 o’clock when Cecil arrived.” 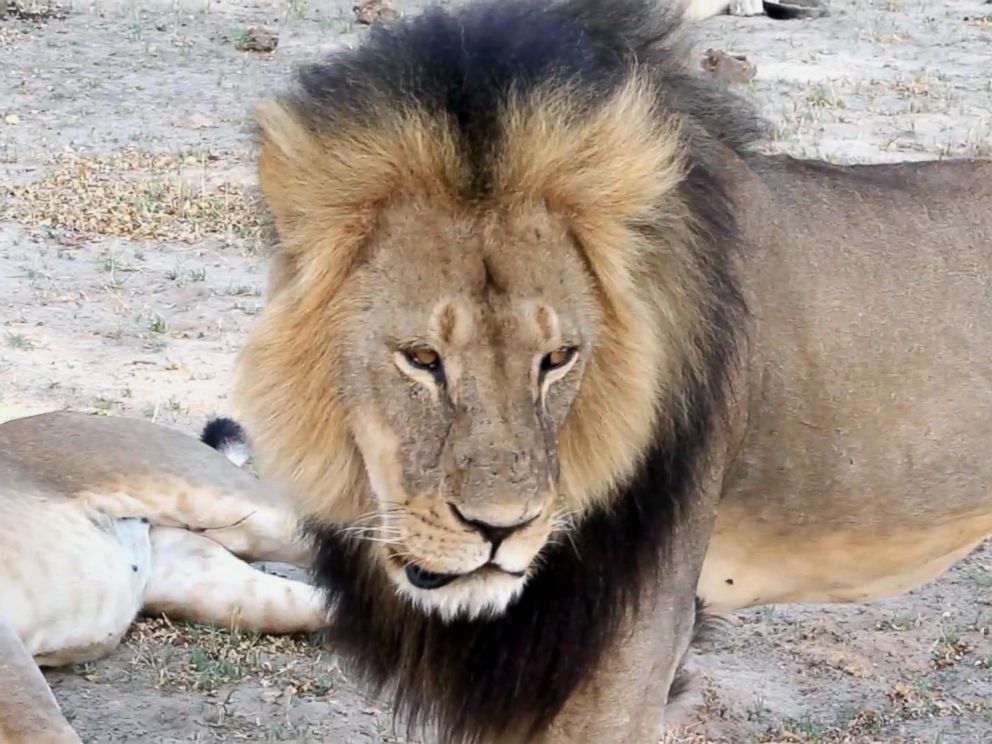 After Cecil came to the bait, Stapelkamp said the hunters may have turned on a spotlight toward Cecil.

“Cecil would have looked off the carcass into the spotlight, maybe being blinded by the light, at which time the hunter would have aimed his arrow and let loose,” Stapelkamp said.

To Stapelkamp, this was not true hunting. “You’ve brought this animal to you, delivered to you like a pizza. You’re forty meters [nearly 44 yards]away. You’ve prepared everything,” he said. “You’ve cut the grass so that there is nothing that’s going to obscure your vision. Everything is prepared.”

After wounding Cecil with the arrow, the men ended their hunt instead of following him.

“This is a hugely dangerous animal now that’s wounded. He’s severely injured, and if you go after him, you’re at real risk,” Stapelkamp said.

The next morning, July 2, Stapelkamp said, the hunters tracked down Cecil and took his life with one final arrow. Once Cecil was dead, they beheaded and skinned him, leaving his remains behind.

A few days Later, when Stapelkamp heard a rumor that a lion had been killed, he went to his GPS tracking equipment and saw a pattern that seemingly confirmed his greatest fears. He said he immediately called authorities, who ultimately learned that Palmer and his hunting guides had killed Cecil.

“We have three people involved: the professional hunter, the client himself, who actually paid a lot of money for the animal, then there’s the land owner,” said Geoffreys Matipano, the director for conservation at the Zimbabwe Parks and Wildlife Management Authority. “There was no permit, so this is amount to poaching really.” 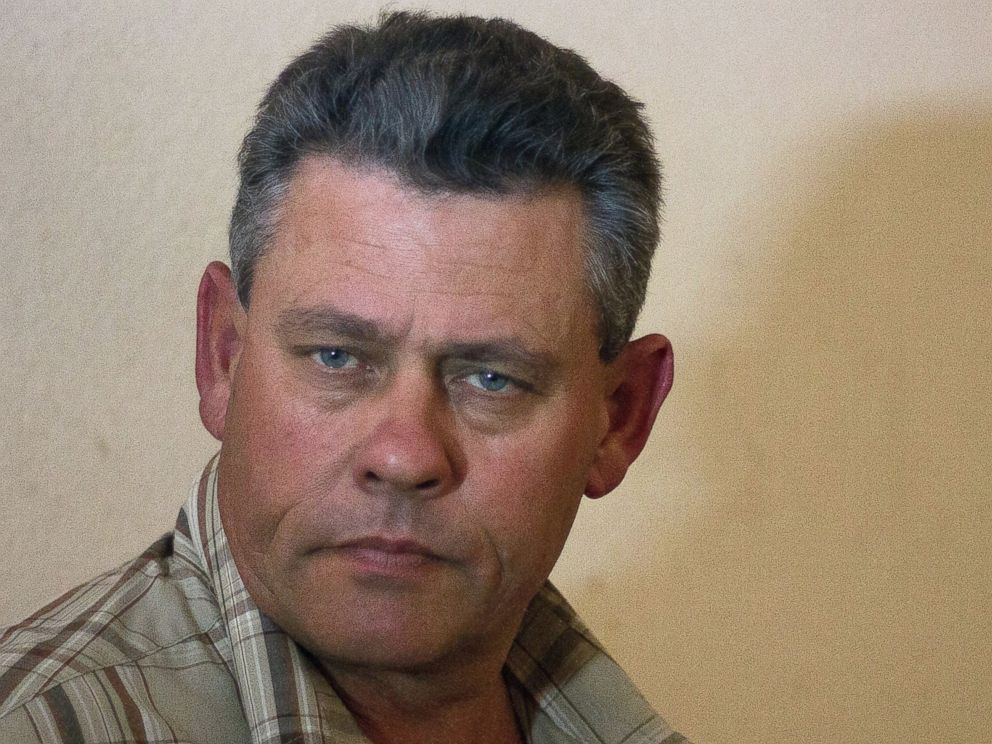 Police arrested Bronkhorst, and he and a landowner named Honest Trymore Ndlovu are facing criminal poaching charges in connection with Cecil’s death. Bronkhorst admitted to authorities that Palmer fired the final blow that killed Cecil.

“My client did not realize this lion was a collared lion until it had been shot. So it wasn’t his intention to kill such a famous lion,” Muvhiringi said in a Skype interview with ABC News in July.

Bronkhorst told The Telegraph that he, Palmer and the others were shocked when they noticed Cecil’s tracking collar. He claimed they removed the collar, left it in a tree and contacted authorities.

Palmer, who faced threats from people on the Internet and temporarily closed his dental office, admitted to killing the lion in a statement, but he also said he didn’t know it was Cecil.

“I had no idea that the lion I took was a known, local favorite, was collared and part of a study until the end of the hunt. I relied on the expertise of my local professional guides to ensure a legal hunt,” Palmer said. “Again, I deeply regret that my pursuit of an activity I love and practice responsibly and legally resulted in the taking of this lion.” 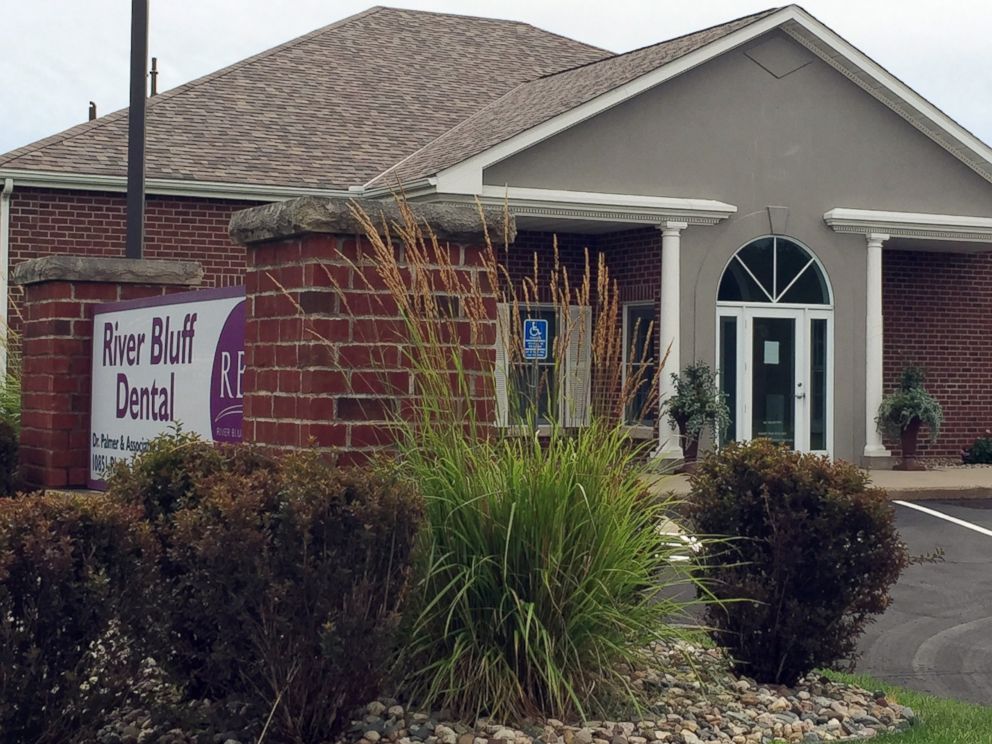 But Stapelkamp said he believes Palmer and Bronkhorst knew they were killing Cecil.

“Both men have means. They are intelligent. You can do an Internet search for Hwange lion and a picture of Cecil pops up,” Stapelkamp said. “If you are coming to Zimbabwe to hunt a lion, you do a little bit of research. I think ignorance is no defense. They knew what they were coming for.”

Cecil’s remains and his head were seized by wildlife authorities. Sharon Stead, whose family owns the Ivory Lodge part of the The Amalinda Collection, has operated safari lodges for 25 years. She said she saw the authorities’ photos of Cecil, now reduced to shriveled skin.

“It’s terrible. He’s been wrapped up in salt so he’s completely shriveled up,” Stead told “20/20.” “You can hardly identify him. I feel terrible, disgusting, and it’s just shameful. It’s shameful what he looks like now.”

Palmer has been in hiding since the world learned of Cecil’s death. Zimbabwe’s environment, water and climate minister, Oppah Muchiniguri, said at a news conference that Muchiniguri was seeking to extradite Palmer. The U.S. Fish and Wildlife Service has opened its own investigation.

Cecil’s partner, Jericho, is said to be in mourning, according to Stapelkamp. Though he is rarely seen, Jericho is often heard making a low-pitched contact call.

“He’s just waiting for Cecil to reply. That was heard fully for almost 10 or 12 days after the hunt,” Stapelkamp said. “He has realized that he’s alone and he’s desperately trying to find his partner.”