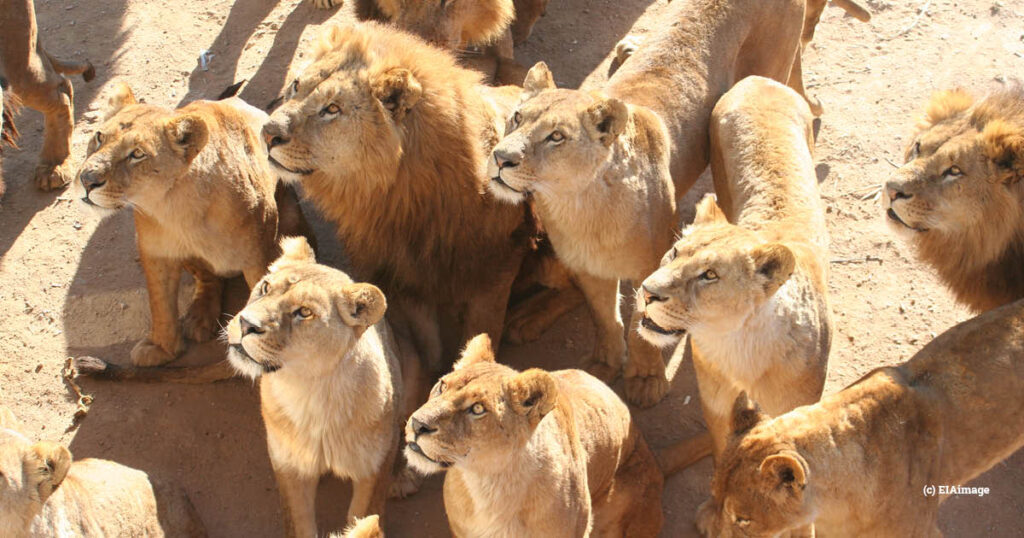 This week, we have been taking part in the 70th meeting of the Convention on International Trade in Endangered Species (CITES) Animals Committee in Geneva, calling on the global community to end international trade in lion parts and products and presenting information to show how this trade endangers all big cats.

The body parts of captive-bred lions from South Africa can currently be exported legally out of the country. In recent years, most of these lion parts have gone to South-East Asia, where many enter illegal international trade and are eventually sold on to consumers as tiger.

Unchecked demand for tiger parts is seriously threatening the survival of wild tigers as well as leopards, snow leopards, clouded leopards, lions and jaguars – all of which are killed and traded illegally and sold to consumers as tiger. Given this grave and complex situation, it is highly irresponsible to continue to feed this demand with sales of lion parts.

Rather than recognising this and ending the trade, we were horrified to learn during the meeting that South Africa has almost doubled its quota of lion bone exports, from 800 to 1,500 skeletons per year.

During discussions in Geneva, our campaigners presented information from Chinese court records which shows lion parts are being traded as tiger in China and that prices for lion bone at the consumer end of the trade chain are up to three times higher than those for wild tiger bone – evidently, a supply of lion bone is not acting as a cheap substitute for tiger in consumer markets but is instead serving to increase perceived availability and acceptability of tiger products – and so drives demand for the world’s most endangered big cat species.

This research will now be incorporated into a report to the CITES Standing Committee, which will recommend further actions.

Another report released this week has revealed how the importers of South Africa’s captive lion bone are linked to known wildlife trafficking syndicates. Some of these syndicates have for years been widely known to have been involved in illegal trade in the parts and products of tigers, rhinos and elephants.

When lions returned to plenary at the CITES meeting, we presented a statement alongside eight other NGOs, drawing attention to these new revelations and calling on CITES Parties to take a highly precautionary approach to any trade in lion products – in light of this information, there is no excuse for continuing to allow the trade.

Also during the Animals Committee meeting, we took part in discussions on imports of live animals of species listed on CITES Appendix I – the most threatened species for which commercial trade is banned. The Animals Committee came up with draft guidance for countries to establish whether a facility is a suitable location for such an animal.

Included in this draft guidance is consideration of whether the facility abides by relevant wildlife laws. Hopefully, this will help to avoid the ludicrous examples we’ve seen in the recent past, such as the import of 24 live tigers from the Czech Republic by the wife of a convicted tiger trafficker in Vietnam.

We will continue to engage with CITES to put an end to the cruel, unnecessary and irresponsible trade in the bones of captive-bred lions which is not only endangering lions, tigers and other big cats but also helping to keep some of the world’s most egregious wildlife criminals in business.