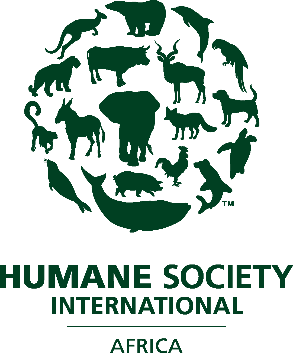 Economic contribution of the industry is tiny compared to the tourism industry, which lion breeding may undermine

Survey conducted August 17 through August 20, 2018. 1,264 South Africans 18 years and older participated in the survey. Survey weighted to match demographics of the country. Margin of Error is +/- 2.71% with a 95% level of confidence. Totals do not always equal 100% due to rounding.

Humane Society International approached Ipsos to conduct a nationally representative poll regarding South African opinions toward lion cub petting and canned lion hunting in the country. Ipsos employed a mobile SMS methodology in order to reach a nationally representative sample as over 90% of South Africans have a phone capable of sending and receiving SMS (smart phone penetration is lower than feature phone penetration). Respondents do not pay to respond to the survey and a small incentive is provided in the form of airtime – thus, no group was excluded due to infrastructural or financial constraints. Data were weighted by province, age, race and gender. 1,264 South Africans over the age of 18 participated in the survey which consisted of 4 questions.

Q1: Some citizens have said that lion breeding industry & associated activities are harming international reputation of South Africa. Do you agree/disagree with them? Strongly Agree/Agree 65% Strongly Disagree/Disagree 21% Neither & Don’t know 15%

Q2. Conservationists say trade in the bones of lions will stimulate market demand leading to increased poaching of lions and big cats. Do you agree/disagree with conservationists? Strongly Agree/Agree 77% Strongly Disagree/Disagree 13% Neither & Don’t know 10%

Q3: Trophy hunting is killing an animal to display the head, skin etc. Thus, the animal is not killed for purposes such as eating. Do you support/oppose trophy hunting? Fully support/ Support to some extent 34% Fully oppose/oppose to some extent 56% Neither & Don’t know 10%